Hammanskraal Tennis Club gives back to the community 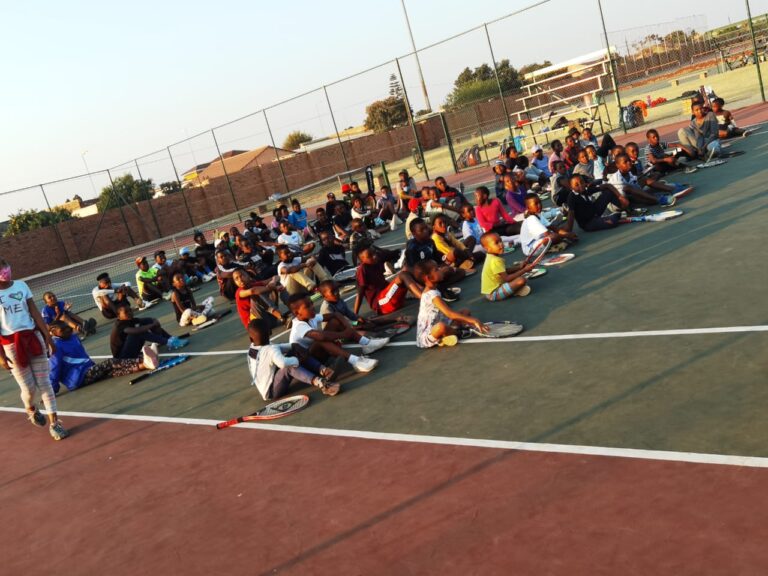 Established in 2011 and officially registered as a non-profit company in 2019, Hammanskraal Tennis club thrives in giving back to the community.

Founder and chairperson of the club Simon Tlhatlha revealed on how the club was formed and the goals of the club. “At first there were about four boys + that were informally playing at Mandela sports complex , I started assisting them with their tennis programs , formalised the structure and from there on the club grew from strength to strength”.

He further revealed that he would at times join them and play tennis. In 2021 the club was nominated in various awards at the Gauteng Sports Awards and walked away with a couple of accolades on the day.

Reflecting on the success achieved at the awards Tlhatlha said, “ To be nominated was an honour ,we value the recognition as it motivates everyone involved from the management , coaches , tutors, parents and players”.

Tlhatlha thanked the community of the Hammanskraal for the support and love given to the club. “ The support base of the parents is encouraging it keeps us going.

“ They appreciate the positive impact the club programs are having on their children and community of Hammanskraal”.

Tlhatlha believes that in order for the club to grow the municipality can do better by helping the club’s program with more tennis courts as it is extremely difficult to run a program of such magnitude with only two tennis courts.

The club would love to see Hammanskraal being amongst the top Tshwane economic hub and safe place to invest .