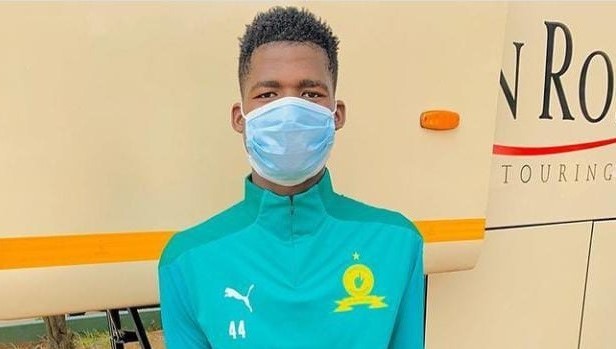 Known as La Liga for his excellent perfomance in the field, Ofentse Mashiane has raised the bar high. From the dusty streets of Soshanguve to representing one of the biggest clubs in Africa, Ofentse has been an inspiration.

The 21 year old has marshalled the Mamelodi Sundowns junior rank’s midfield which earned him a call up in the under 20 national junior team two years ago.

Mashiane has been a key figure in Surprise Moriri’s MDC team and is a step closer from Sundown’s first team.

Ofentse Mashiane revealed in an exclusive interview with Tshwane Bulletin Newspaper that playing football at the highest level has always been his dream.

“It feels good playing professional football, it’s a journey every young player dreams to go through. “ It’s an opportunity and a challenge for me to improve and become a better player”.

He further revealed that adapting to the style of play at Sundowns was difficult at first but with time things got better.

“At first I was struggling with understanding the play of the team, movements and the style of play but with time and more training now everything seems to go well.”

As we have seen in recent years how ill-discipline has cost many local players football their careers, Mashiane’s love and passion for the game kept him away from distractions.

In his five years at Mamelodi Sundowns Mashiane has a drawn a lot out of the experience not only as a player but individually so.

“I learned a lot of things, being responsible, being a learner and a team player. “ I learned how to behave on and off the field, Football has built the person I am now, how to react, how to deal with things and controlling my emotions.”

Asked on his goal in the under 20 national team Mashiane said  “ It felt good , it felt like scoring the winning goal in FIFA World Cup final, everything was amazing I can’t even explain how I felt it was overwhelming”.

Mashiane advised players to keep working hard and that not playing football at Academy level doesn’t necessarily mean you won’t make it to professional football.

“ For me it’s simple , It’s all in the heart, if you want it more you have to fight with everything you have to get it but don’t lose yourself in the process be you and do you ” said Mashiane.