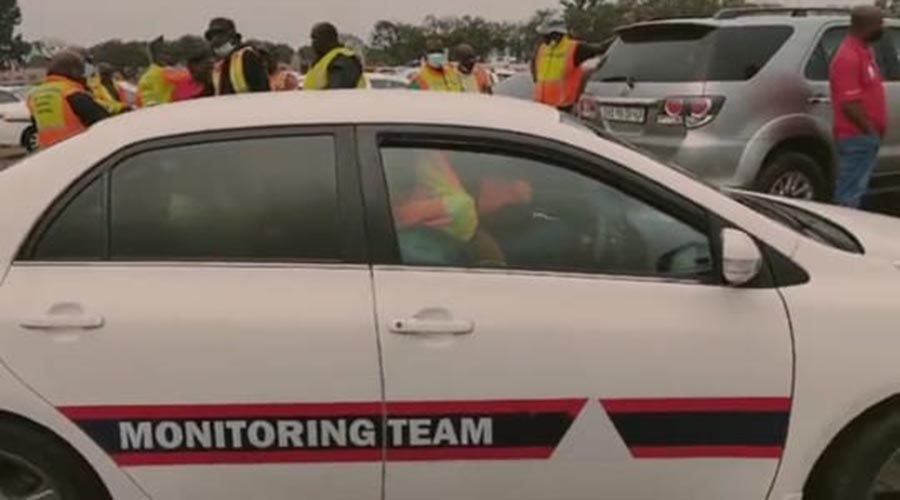 Taxi drivers took to the street at Block KK in Soshanguve recently, to intensify their fight against crime brought by criminals masquerading as taxi operators in order to rob commuters after a number of cases were reported.

Some of the Tshwane taxi drivers joined the convoy at Block KK Park trying to raise awareness. They made various stops at Batho Plaza Shopping Centre, then travelled to Mabopane Station and ended at Soshanguve Crossing, where they were preaching the awareness to the passengers and the community to be vigilant and also to try to avoid taxis with fake registrations.

Lucky Baloyi who was one of the Soshanguve taxi convoy organizers explained that they are trying their best along with the National Taxi Association (NTA) and South African National Taxi Council (SANTACO) to fight against crime that is taking place in the taxi industry and for the safety of the community as a whole.

‘’ People has been complaining about the red venture that is terrorizing passengers. It is a great concern to us as drivers because our passengers trust us with their lives and expect to reach their destinations safely. We vow to fight and get to the root of this problem. We promise to protect you and make sure that you are safe hence this situation is affecting us too because being a taxi driver is our job, we depend on this job to put food on the table and to support our livelihood.’’ Said Baloyi.

‘’ It’s about time to put this whole situation to an end. Some of the taxi drivers are also victims while some are perpetrators themselves because they work along with the criminals to lure passengers to enter in the taxi knowing very well their planned mission and they use taxis that has a fake registration number to lure passengers and rob them their belongings.’’ He added.

SANTACO Tshwane spokesperson, McDonald Makata, mentioned that their members will be deployed on the roads to do stop searches. That’s to make sure that the commuters and operators are safe.

“We want commuters to know that we support them and we are against these crimes. Some criminals were arrested in Hammanskraal using a minibus that was not a taxi, but because they were using a minibus, people thought they were part of us. We hear rumors that these things are also happening in Ekurhuleni. People do not trust taxis anymore and they seem to use other modes of transport. Meaning we lose our business to crime. People are using e-hailing services while we wait in the ranks. These crimes are hurting our business.’’ He added.