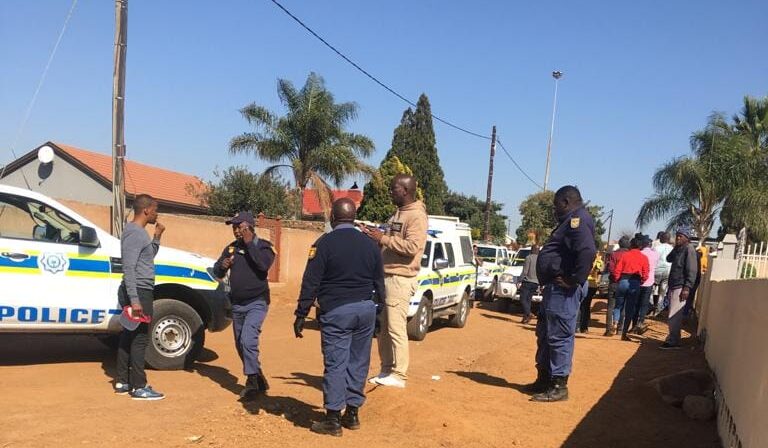 Rietgat police closed the net on two suspects driving in a white Toyota Quantum in Block FF, Soshanguve this morning.

The two suspects aged 27 and 34 were apprehended after committing a business robbery at a local tavern in Block FF earlier.

A firearm and ammunition, Three plasma screens, a generator, liquor and cigarettes alleged to have been stolen from the tavern were recovered in the Quantum a few streets from the business robbery scene.

Acting Station Commander, Colonel Dinah Tabane commended the members for a swift response. “I would like to give thanks to the men and women in blue for ensuring that firearms are cleaned up and suspects are arrested in our precinct. It is not going to be business as usual for these criminals, we are waging war against crime, ” said Colonel Tabane.

The two suspects are expected to appear before the Soshanguve Magistrate’s Court in due course.

The station would also like to encourage the community to continue blowing the whistle against criminality as and when it rears its ugly head.

Anyone with information that may lead to the arrest of any suspects terrorizing community in one way or another or experiencing criminal activity should call Rietgat SAPS 0716756250 CrimeStop hotline 0860010111 or tip us off viaMySAPS App downloadable free on Istore and Playstore.