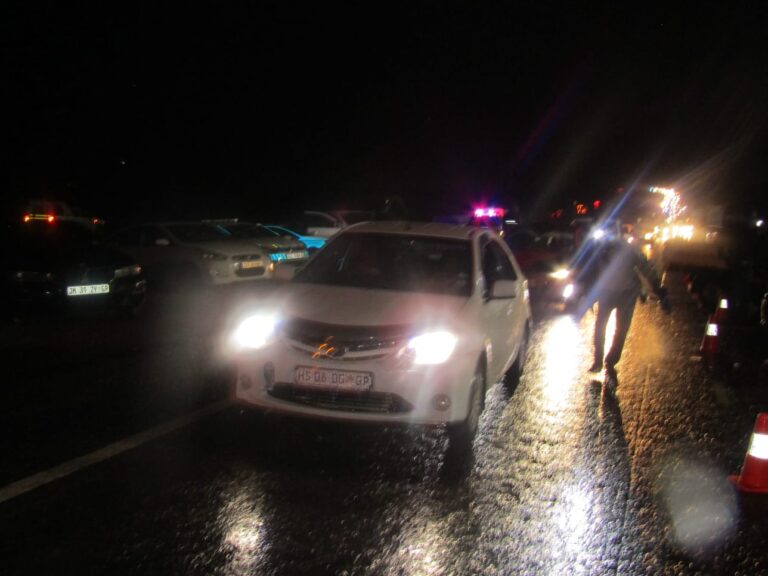 “As the Province when we check or analyse our crimes and see that a Police station is contributing we try our little best to come down so that we can assist the Police station”. Since they started with the operation which was divided into two phases, phase one was the detective operation which started in the morning until 2 o’clock. The detectives managed to arrest 297 wanted cases, out of that 297 cases 77 of them were for gender-based violence which only involved women. She also appreciated the efforts that Detectives made

She further said that as they were standing at the Road block they managed to arrest 15 people for drunk driving regarding the other arrests they made they managed to retrieve 5 motor vehicles, 2 unlicensed fire arms and 5 ammunitions. They also arrested 6 undocumented persons