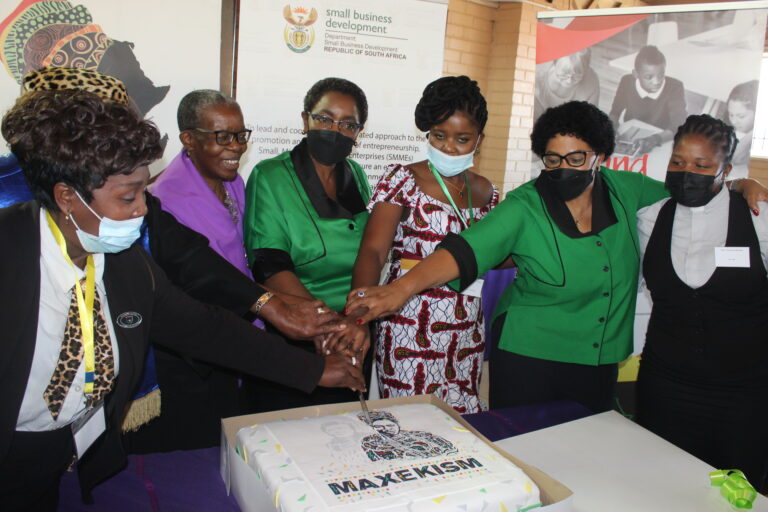 African Methodist Episcopal (A.M.E) Church along with the African National Congress National Executive Committee (ANC NEC) and other organizations such as The Charlotte Maxeke Institute commemorated the 151 birthday celebration of Charlotte Maxeke.

The celebration took place at Attriedgeville Tshwane A.M.E Church in Pretoria.  The Minister of Small Business Development Stella Ndabeni-Abrahams was special guest at the commemoration.

The celebration was divided into two events the first one was at Kliptown Soweto Cemetery and the one at which was led by the ANC NEC at Attriedgeville whereby the Minister delivered a speech.

“As we celebrate 151 years of Mme Charlotte Maxeke’s birth, we still remember what she did. The speakers that came before me drew that picture, but the last speaker put on challenge by saying we been saying, what are we doing to make sure we multiply to be Mme Maxeke of our age. To answer  that I am happy to stand here and inform on the decision we took, to partner with the institute that seek to empower on women specifically, that’s why we take pride when they stood here and said we have a program that’s called Bring Her up. As the Department we have a program concentrate which seeks to bring women entrepreneurs’ aboard to a particular platform that not only to South Africa but to Africa as a whole” said the Minister.

President of ANC Women’s league Bathabile Dlamini and Comrade Nomvula Mokonyane also gave a lecture about the late icon Charlotte Maxeke. The service was closed by sermon and the cutting of a cake labeled “maxekism.”