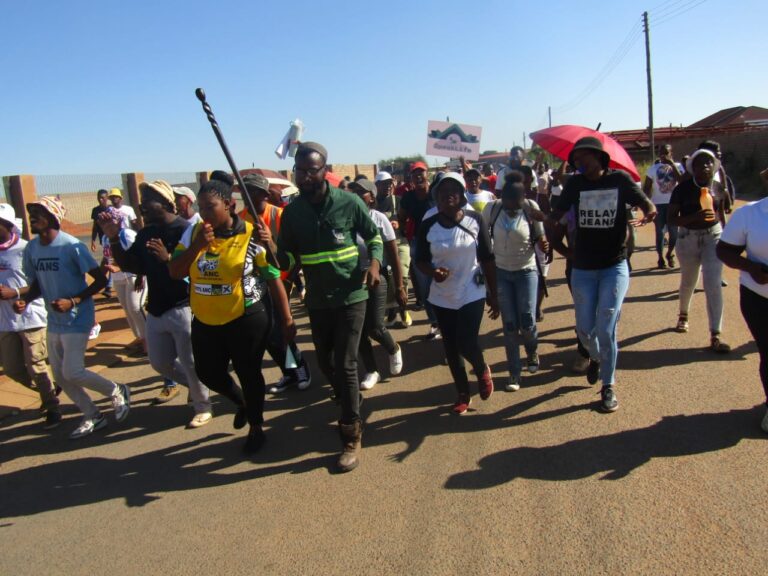 Members of Winterveldt and Mabopane (SOWIMA) organisation threatened to force a major bread manufacturer Sunbake out of the township if their demand of employing 100 youth is not met during their at Mabopane Industrial Site .

Thabiso Zito Mahlangu SOWIMA Treasurer said “We are youth activists, and we are able to identify that the issue of unemployment in the community is very high, and we have economic hubs that are hiring foreigners, and their siblings. The Human Resources manager is very arrogant when it comes to hiring black people from surrounding areas. When young people bring résumé to his business they are being told that they’re not going to hire them because they’re from historical places that are regarded as crime stricken communities and refers to them as criminals.”

He further said that they once came to the bakery waited and saw whose coming in and out, and they noticed many foreigners are coming out more than South Africans. They want to get a report after 7 days, if they don’t get it they will come back.  The bakery is accused of not giving back to the community, their community service initiative is not implemented, and the bakery is not taking care of our community they only care about making profit.

Jabulile Tsotetsi said that “Unemployment affects me due to the things that are happening which involve the youth, so we want the youth to be employed so that they can stop smoking drugs and asking for things from the community”.

“We have given Sunbake 7 days to meet our demands and we gave them a clear mandate to hire 100 young people immediately and we are going to do follow ups based on all the demands we addressed should they not comply with our demands we will not allow any sunbake trucks and product to enter or sold in any of our communities then it means they have fully declared war against young people,” said Community Leader Kgomotso Ramautswa.

Shona Lalo the Regional Manager at Sunbake Mabopane said that they will get back to the organizers of the march within 7 days as they didn’t know about the demands of the organization before the strike.