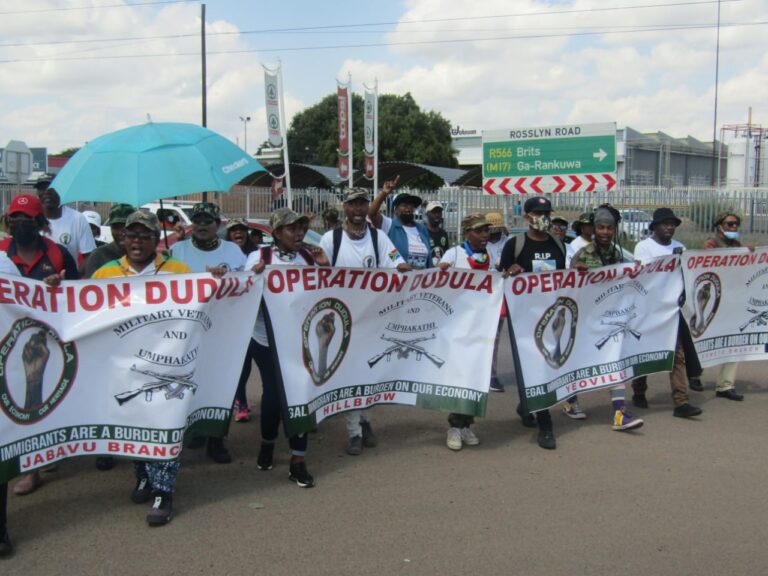 Operation Dudula members has given Rosslyn companies 14 days to respond to their memorandum, which stipulates that the employers must prioritize employing South Africans instead of foreign nationals.

“We monitor the situation by making sure that daily, we visit and have relationship with the employers so that they can know that our siblings are in need, there’s no way we won’t visit the companies because we want to make sure that South Africans come first. The movement is working with Department of Labour and Employment, Department of Justice and other Civic organizations

Victoria Mocha from put South African first said that “We want people from other countries to respect the laws of our countries and that young people end up using drugs because they are unable to get employed after graduating. We must stand up and save our country it is the only one we have if it dies there’s no country that will accept us they don’t love us.”

Human Resources Manager at Praga Rosslyn said that her company has 800 employees and only 4 are foreign nationals. She also accepted a memorandum of grievances which gave her company 14 days to reply to the issues that are that raised by the movement.

John Peter Rossouw Human Resources Manager at Afrit Rosslyn plant said that they will look at what the structures of the company looks like and within their process they will verify all their statuses.