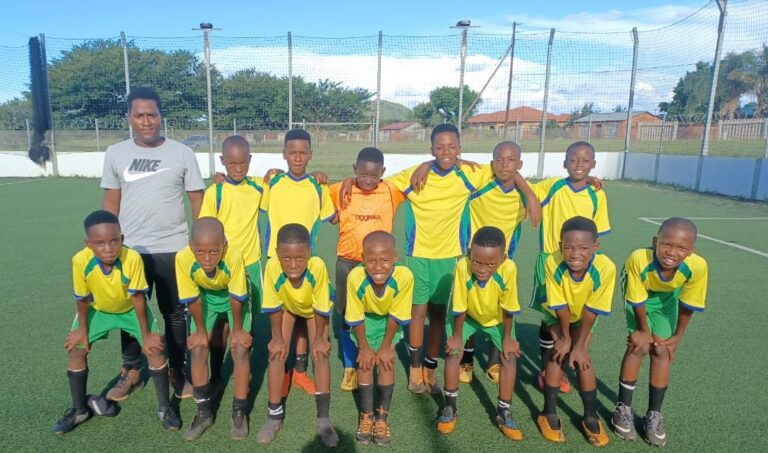 Ga Rankuwa Royal Eagles FC is in search of under 15 and 19 players to strengthen their team for the upcoming season. Currently partaking in the Ga Rankuwa local football Association Development League, Ga Rankuwa Eagles FC has been one of the most consistent team in the league.

The club was formed in 2017 under the ownership of Onicca Rapelang and Otshepeng Rakoma. Two year later Oreagile Maboe current owner and head coach took over the club.

In an interview with Tshwane Bulletin Newspaper Maboe revealed the club’s progress over the years and achievements.

“The club has progressed immensely over the period of four now approaching five years.  The club is gradually becoming competitive in the GALFA development League. In the 2020/21 season the under 11 team won the league, under 13 finishing fourth while 15 and 17 finished third respectively. Maboe calls out on all players wishing to join the club between the age of 7 and 18 to come in numbers.” Said Maboe.

The club is currently having challenges in terms of parental support as majority of the parents are not willing to come and support their kids play, contribute to the club and attend meetings when called upon.

He further revealed that the club is currently short of training equipment. Despite the challenges Maboe is pleased with how the club has managed to defy the odds and compete.

In closing Maboe said “Overall performance of the players as a whole is satisfactory, most of the players have developed over the years and an advantage for the club is their willingness to learn more, and patience during the course of their development process. Ga Rankuwa Eagles FC’s goal is to develop young talent and transfer them to clubs of the highest level possible.”

Ga-Rankuwa GALFA
Share. Facebook Twitter Pinterest LinkedIn Tumblr Email
Previous ArticleCoach Sharky an inspiration to many within the coaching fraternity
Next Article [NEWS] Mabopane station brought to a halt as Eskom is accused of delay tactics