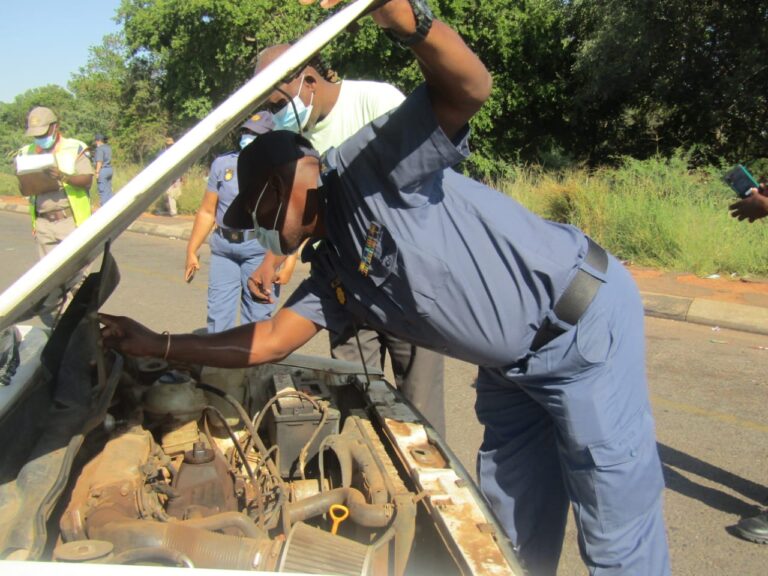 Their point of concentration being Loate and Mabopane areas that have identified as contributing more in terms of contact crimes, carjacking’s and robberies.  The joint operation involved SAPS, Metro police, and Department of Home Affairs.

He further said that the Operation started with Detectives who in terms of tracing wanted suspects and it continued to this morning, where they started with a combat operation.

They made about 266 arrests in the whole district, 116 arrests were made for gender based violence which is known to be problematic around Tshwane areas.

19 undocumented persons and 6 people were also arrested for dealing in drugs which one of them is crystal meth which is Mabopane and Loate Police stations consolidated. They have closed 3 illegal Shebeens and moreover now when strikes are happening they arrested 1 person for illegal possession of cables.

Brigadier Thine said “The operation has been very successful since it started, remember that crime was very high and we’ve managed to decrease crime. If you look more closely especially during the second quarter and coming to this quarter crime is going down. They’ve accelerated their fight against the proliferation of firearms and have confiscated a lot of firearms.  When the statistics are given by the Minister it will attest to Tshwane in terms of crime dependence on Police actions.”