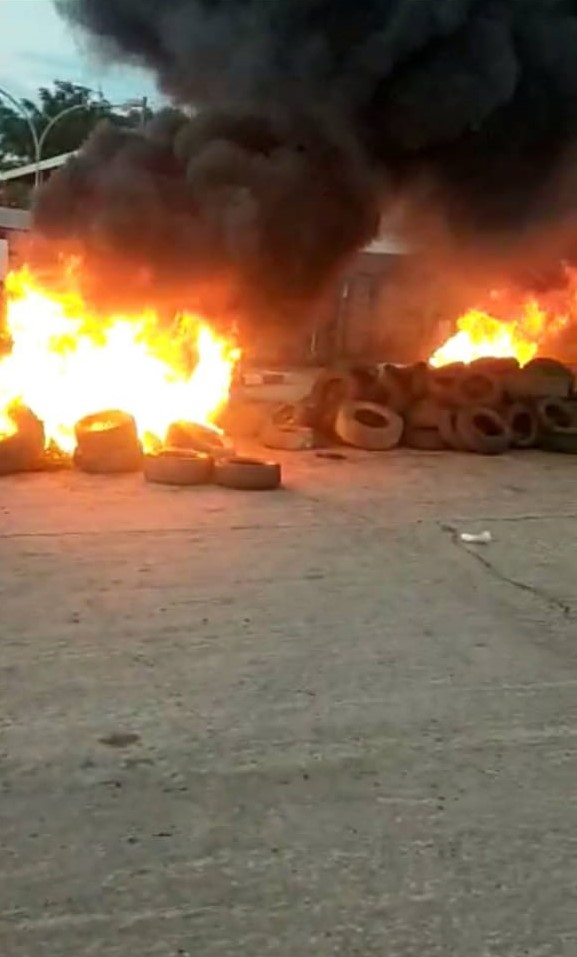 Dube Police are investigating a case of murder and attempted murder after two suspects were burned by community members in Mmakaunyane Village recently.

Dube Police Station Communication Officer Warrant Officer Thembi Nowathe said “It is alleged that the two suspects got nabbed after they committed a robbery from a nearby tuck-shop at E583 Dube tuck-shop. They managed to flee with a sum of R1000,00 and the owners mobile phone Huawei  p7, their luck ran out when the community heard a gunshot they cornered and identified the suspects before burning them.

The owner of the tuck shop said the suspects firstly bought sweets and airtime then left, but few minutes later they returned holding a firearm and that’s when they demanded cash and his cell phone. The police were called while the suspects were burning, the police said they were able to identify that one of the suspects is from Sunvalley in Mabopane.

It is also alleged that two other accomplice managed to escape in a get-away car. The EMS confirmed that one of the suspects passed on at the scene while the other is admitted at Ga-rankuwa hospital