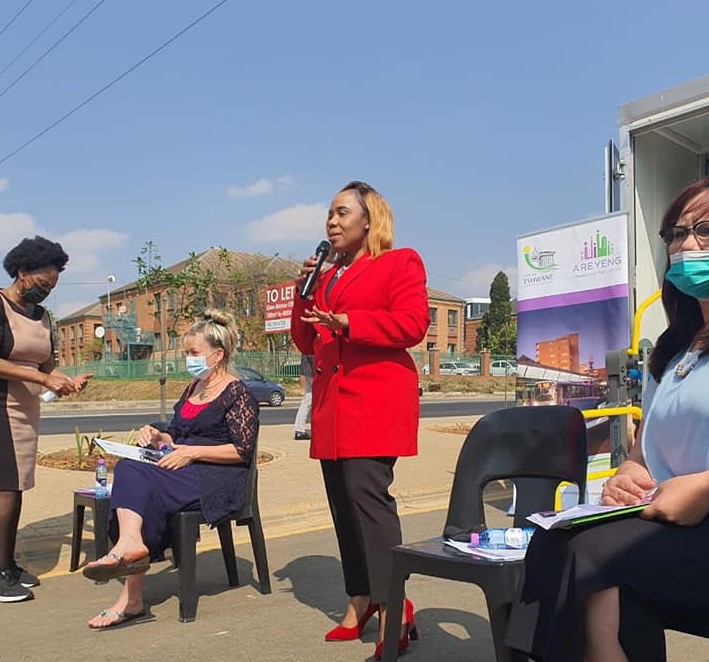 Following the Gauteng Department of Roads and Transport being granted a court interdict to halt the ongoing protest action, the City of Tshwane will resume operations at all its driving licencing testing centres (DLTCs) and motor vehicle registration offices starting from Wednesday, 9 March 2022.

The City of Tshwane MMC for Roads and Transport Dikeledi Selowa said “The Roads and Transport Department is committed in ensuring that our residents receive services without any further interruptions. The strike action by the National Driving School Association (NDSASA) has run for almost two weeks. During this time protestors intimidated staff and clients, forcing us to cease operations to ensure the safety of staff and clients, and to protect our infrastructure.”

“We have now taken a firm stand to defend the rule of law by opening the doors to all our DLTC’s. The Gauteng Department of Roads and Transport has obtained a court interdict which must be enforced. Protesting driving schools should not be allowed to hold customers for ransom,” said Selowa

“Despite the provincial government interdict, the City of Tshwane will continue with its own application for our own interdict against NDSASA to prevent possible violence and property destruction at our DLTCs. The court is expected to sit on 9 March 2022 to hear our interdict application.

As part of the attempts to resolve the ongoing strike, the Minister of Transport, Fikile Mbalula, paid a visit to our DLTC in Akasia yesterday to assess the impact of the ongoing protest action.

Minister promised to engage the Police Ministry to deploy officers at different centres to prevent violence and enforce the court interdict that has already been granted to the provincial government.

Engagements between relevant stakeholders in this matter are ongoing and the city will keep its residents updated on any further developments.