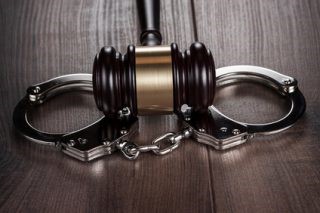 The Rietgat SAPS welcomed a sentencing of a man in his 20s by the Soshanguve Magistrate’s Court for shoplifting at Shoprite Batho Plaza in December 2021.

Thabo Hlatshwayo was sentenced to three years imprisonment after he was arrested after being found in possession of ten roll-ons that he did not pay for beyond the till point of Shoprite Batho Plaza on the morning of the 17th December 2021.

According to the Investigating Officer Const Mongwai, the convict was caught in the store and warned several times prior to the final arrest of the 17th of December 2021 where his luck ran out.

The Rietgat SAPS’ Station Commander Brigadier Molatelo Maphoto applauded the Constable for the conviction, and sent an unequivocal message to those who are undermining the rule of law that all crimes shall be prioritized no matter what was stolen or taken against the will of the rightful owners.

“We are sending a strong message to the community that we are policing through this conviction, that we are here to ensure that justice is served. If you thought that you will commit crime and get away with it… You have got another thing coming, time for terrorizing the community and the businesses is over, ” said Brigadier Maphoto.

Anyone with information that may lead to the arrest of any suspect selling stolen items in the community, have illegal dealings or any other suspect terrorizing community in one way or another or have experienced criminal activity should call Rietgat SAPS 0716756250 or directly contact Brigadier Maphoto on 0824558236  (012) 432 7806/07 CrimeStop hotline 0860010111 or tip us off viaMySAPS App downloadable free on Istore and Playstore