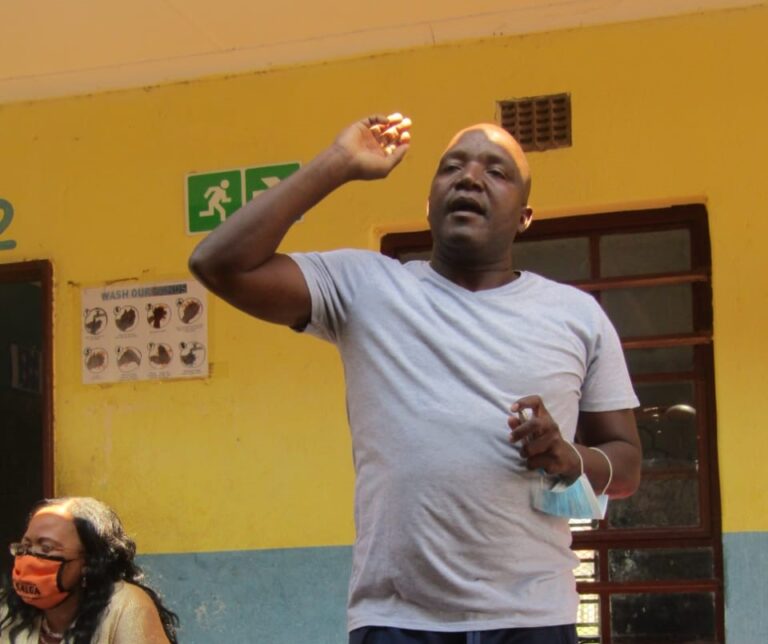 Willy Kgopa from Stinkwater, North of Pretoria and the Ward Councillor for Ward 95 held a quarterly public meeting at Leratong Primary School in collaboration with the office of the Speaker from City of Tshwane Municipality on recently.

“We saw that in the previous few days we had electricity problems and bursting transformers, some community members could not take anymore and they ended up coming to my house as Ward Councilor which leads to appliances getting damaged. The electricity problems which is caused by factors such as illegal connections and they suggested that Eskom should come and do audits in very every household,” said Kgopa.

Kgopa further said that  Stinkwater gets  water supply through a pipeline  from Soshanguve Block W, and  that their working on replacing the current pipelines with asbestos which makes it challenging for the greater Hammanskraal area to get water. The ongoing water purifying system at Rooiwaal water plant will help citizens of Hammanskraal to get clean water once it is completed. Let’s stop damaging our infrastructure including roads and water supply meters.”

“I would like to make a plea to you take care of the infrastructure in your community because if you damage the one you have I don’t know where we will find another one”. Said Kgopa.

Hammanskraal has the same problem in all the wards which is storm water once it rains the community faces a huge problem that the water enters their houses but the Ward Councillor said that he will make sure that the issue gets solved either by building roads or a proper storm water system that prevents the water from going to the houses of the residents.

A new land has identified to accommodate residents of 6 bridge informal streets and regarding the issue of title deeds residents can go to city council with their identity documents so that their title deeds can be retrieved from archives which has 900 title deeds at the moment.

Steve Kubeka from the office of the Speaker at City of Tshwane said that community members will be given an opportunity to elect Ward Committee members who will work hand in hand with the Ward Councillor.