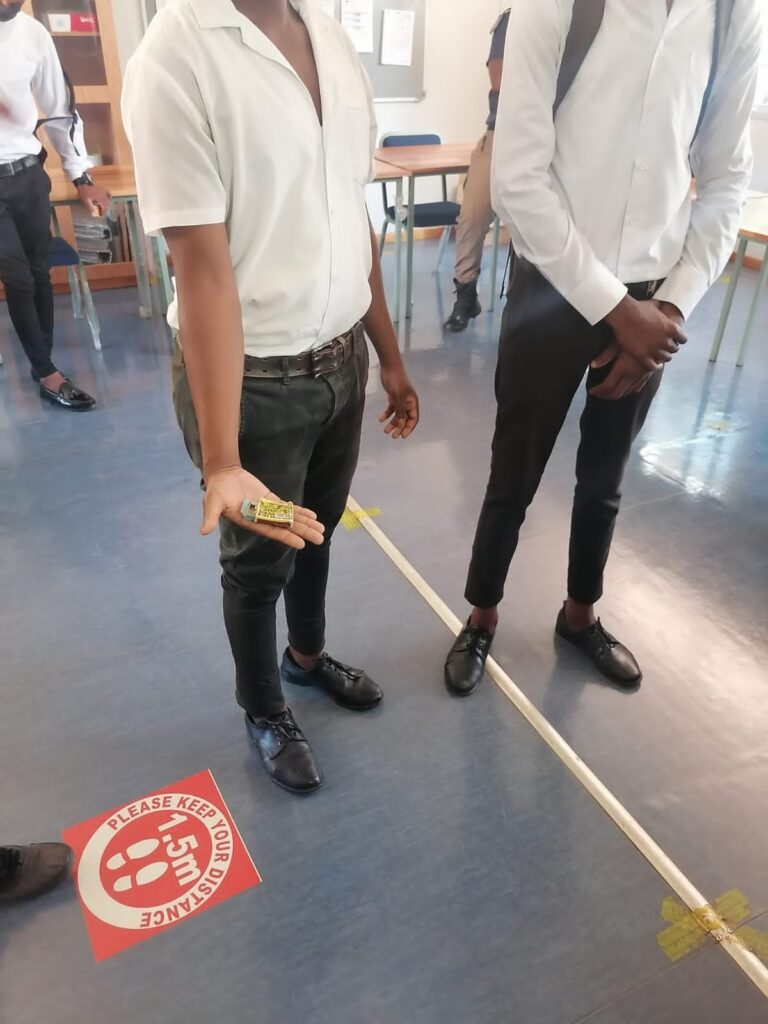 As part of the School Safety Programme, the Rietgat SAPS in conjunction with the Community Policing Forum (CPF) Department of Community, Tshwane Metro Police Department, Safety and the Department of Education embarked on a school search at Amogelang Secondary School in Block P, Soshanguve.

This comes after an application was made following a tip off about problematic children at the school. About nine learners were suspended for seven days, four for possession of drugs while five boys were given marching orders for wearing skirts and causing distraction in the school.

The Department of Education’ District Director Mr David Moses gave a go ahead to the school’ Principal to issue out suspension letters to the learners and further instructed him to convene the meeting with the School Governing Body (SGB) regarding the matter.

The Rietgat SAPS will continue to pounce on problematic schools in order to curb the social ills emanating from learners behaviours.

Other learners were also appreciative of the police presence at their school since safety is a priority in the learning and teaching environment.

The police vowed to get to the bottom of peddling of drugs at schools, and a thorough investigation is underway in ensuring that the supplier is brought to book.