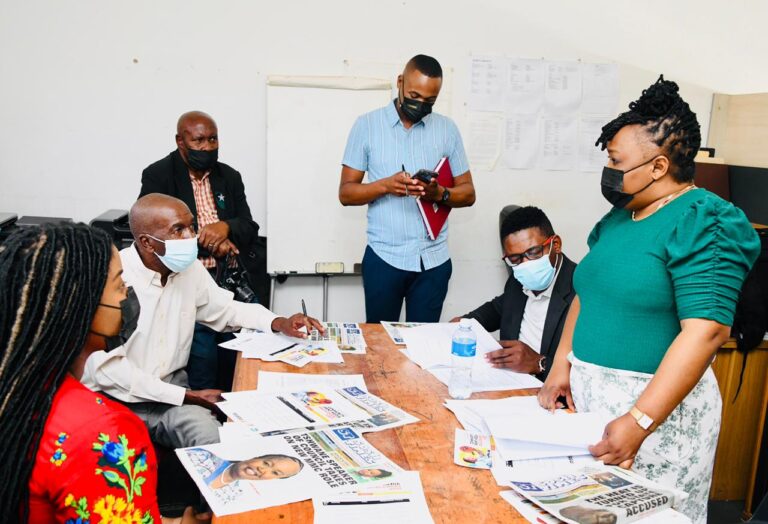 The purpose of the visit was to conduct monitoring and evaluation to determine the extent in which MDDA funding is being utilised as per funding policy, and to also find out about the challenges faced by the community print media on a daily basis.

Sosh Times newspaper Editor Thabo Mooke said that the newspaper was started in 2003 after they realised that there is a need for information forum in areas within North of Pretoria.  They had numerous meetings with local councillors, business, the community and other stakeholders and they endorsed the idea of a community newspaper which saw them publishing their first newspaper on 28 February 2003. They later got funds from Media Development and Diversity Agency (MDDA) for start-up to buy office furniture and they were printing for 6 months at that time there were no stipends

Mooke further said that after the first funding from MDDA they became successful to the point that they ended up attracting investments in terms of advertising. In 2020 they applied for sustainability feeding which helped the company to offer stipends to its employees who are employed on contract basis.

“The aim of the organization is to train young unemployed people in basic Journalism skills and graphic designing, some of the we train are from Tshwane University of Technology and other institutions of high learning”

Deputy Minister in the Presidency Ms.Thembi Siweya said that they came to check if the money they gave the newspaper for funding is being used properly. We want to strive to make sure that the sustainability of community projects is realised community

“I am happy that when I see you I see a placement of skills since some people once worked here and it gives us courage that when we talk to treasury and other funders of MDDA that the newspaper was doing well before the pandemic,” said Siweya

The government is working on an economy recovery plan they hope when things get back to normal those who used to advertise on the newspaper will come back and advertise again and their striving for community media newspapers to be treated like commercial newspaper.