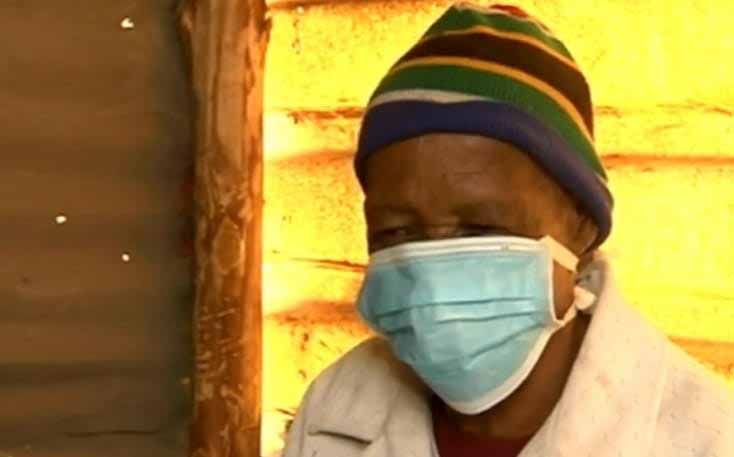 Left to fend for herself, gogo Geanette Baloyi has not been receiving her grant. She said a relative moved her out of an RDP house and took her ID and grant card, leaving her with only a certified ID Document.

She stays with her visually impaired sister who has little to do to help.

“I want my money and my ID. My heart is sore. I never thought this lady would treat me so bad. But I’m handing her over to God, I just want all my money because I don’t have anything,” said Baloyi, who was visibly hurt.

Her condition is also worrying. She is diabetic and both her legs had been amputated. And she has not received medical attention for a long time.

Catherine Baloyi, who is Geanette’s sister, said, “She cannot even go for her hospital treatment because of the ID. The last time she went was when they were going to treat the legs. She is not getting any treatment at the moment”.

A local Rights Organization has called for an urgent intervention.

From Rekgonne Warriors Foundation, Prince Ndzimande, said “We are working and doing our best to get gogo a home where she can go and stay there and be taken care of there. And the family can go and visit her from that place rather than the conditions that we have seen here in the past two days, like the other day, it rained here, thr whole shack was wet, even gogo’s bed was wet. So my wish is that gogo should be moved from this place”.

The Social Development says the matter has been referred to the Provincial office.

Last week, the department launched the social development month focusing on addressing amongst others, hunger, depravation alienation and impoverishment as well as well as directing its programs towards securing decency and dignity, however gogo Jeanette’s life is a far cry from that promises to reach her.