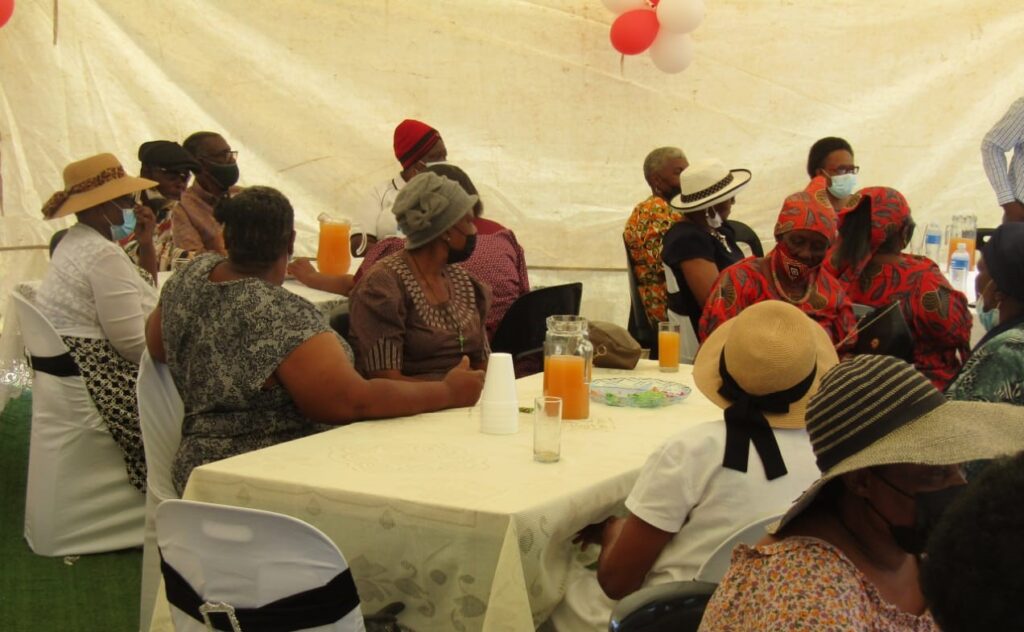 Koketso Donald Matjiane and Molemo Justen Modisakeng are the founders of K&M Foundation, located in Mabopane North of Pretoria. The foundation has 6 committee members the foundation was formed late last year in November, their first event was held in December where they invited 129 young children around the community to come and have fun. They had organised jumping castles, swimming pools and also had single parents who came to assist to make sure that the Children don’t get injured while playing and to assist with food also.

Koketso Matjiane said that “We decided to show love to elders in the community by hosting a special day for them because they know that some of their children work far away from home and their only left with the little ones so by hosting this event we want to show them that we’re still here with them and their still part and parcel of the community by bringing both elderly parents together.” Said Matjiane

He further said the grandparents were selected after they went house to house handing out invitation letters and they also visited local churches to give invitation letters so that the church leaders can read them to the congregants, lastly they told their colleagues about the event so that they can share the word and invite parents from their respective communities.

They did not have any partnerships when they were doing the event but Mogale Pharmacy donated 48 bottles of water, they used money from their own pockets in most instances because some people complained that it is in short notice.

Local resident Mrs. Mamkgopa from Mabopane Block A thanked all the members who came to the event and she advised the organizers to pray because enemies might come and discourage them.