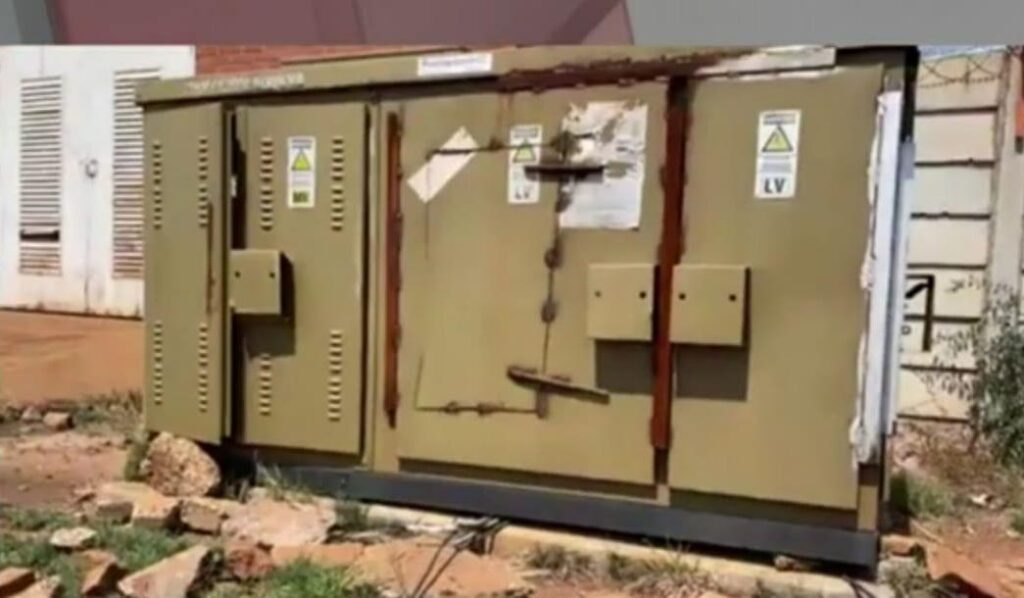 Illegal electricity connections have been a problem for Eskom and Municipalities for years now, and in Ga-Rankuwa today, it seems to have taken a different turn with residents connecting electricity from a mini sub station.

According to Newsroom reporter, Tshegohaco Moagi, who was on the scene, the connection of electricity from a mini sub station in Ga-Rankuwa was quite a sophisticated ordeal.

Demonstrating how residents connected to the mini sub station, there were few clear cables which were connected from the sub station, all the way to the other side of the tar road.

In the video, it can be seen that residents dug out on the road so that the cables can cross over onto the other side of the road.

According to the reporter, one of the main reasons why residents of Ga-Rankuwa decided to connect electricity to a mini sub station was because they were in desperate need of basic services such as electricity, water and refuse removal in the area.

Talking to Pleasure Ndlovu of Action SA in Ga-Rankuwa, he emphasized that the problem of illegal electricity connections in Ga-Rankuwa is the problem of both Gauteng and North West provinces as the informal settlement in question is situated on the cross-border between Madibeng and Tshwane.

“We are residing in ward 30 which is a cross-border between Madibeng and Tshwane. And unfortunately, we have people who are residing in North West long term, those people try their level best to access other services like electricity and that had not been successful until they decided to connect to the sub station.

“After connecting to the sub station, they went on to inform Eskom about the connection and told them that they want to be removed from the illegal connection, however they want proper electricity, but Eskom never responded,” said Ndlovu.

“The worst part of it, this mini sub stations were designed for the industrial areas, so if there was a political will, I think Eskom and the councillors in this area will be able to make sure that the people who are residing in this area receive their services”.

In conclusion, Ndlovu reiterated that the problem of lack of basic services such as electricity and water among others, have been going on for a very long time in the area and further added that as councillor candidates, they will continue to device means to remedy the situations and ensure that the people get access to these basic services.