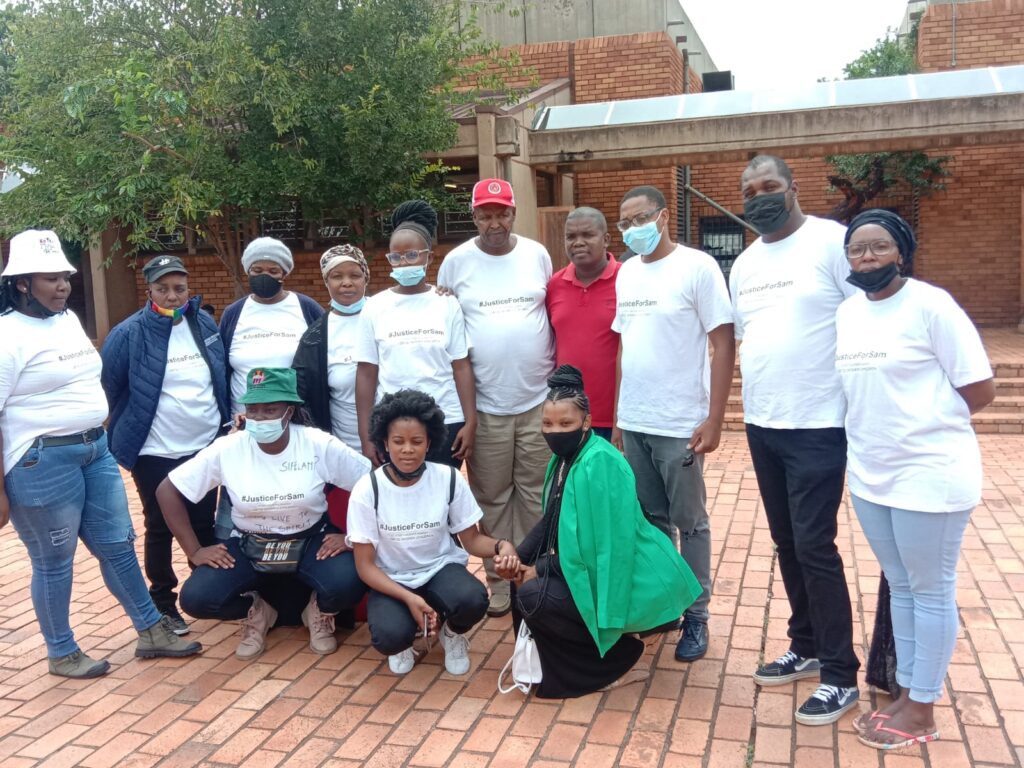 Sam Junior Mbatha (24) was burnt beyond recognition in the boot of his car in klipgat, North of Pretoria last year. Police later launched an investigation which led to the arrest 4 suspects for the gruesome murder namely Arthur Khoza (19), Thabo Masetla (22), Junior Modise (21) and Mahlatsi Nkuna (21).

Mbatha was a Marketing & Brand communications professional at the University of North West, he was also a LGBQTI+ activist. The suspects appeared at the Ga-rankuwa Magistrate court but suspect number 3 Junior Modise (21) did not come again and a warrant of arrest will be issued by the court to the investigation office and lastly he will forfeit his bail money. Prosecutor Ryan van Rooyen said the Director of Public Prosecution in Mafikeng has acknowledged the reception of the docket and he request the matter to be postponed to 8 April that’s when the decision will be made if the matter will be heard at a regional or high court…

Sean Makoya from Access Chapter 2 said “We have faith in the justice system that it would do its work and its little bit disappointing that the case was postponed to April which is 2 months away what time do they actually need?., He feels the prosecutor does not show emotions attached at all towards the LBGTQI community which could be an indicator of “homophobia” or he is trying to keep himself clear of what is currently happening.” Sam Mbatha’s Uncle Cornelius Mbatha said that he can see progress and he will go to Klipgat Police Station to find out what is happening regarding Junior Modise who did not come to court today again , he also urged the supporters to unite and come again on 8 April when he case resumes