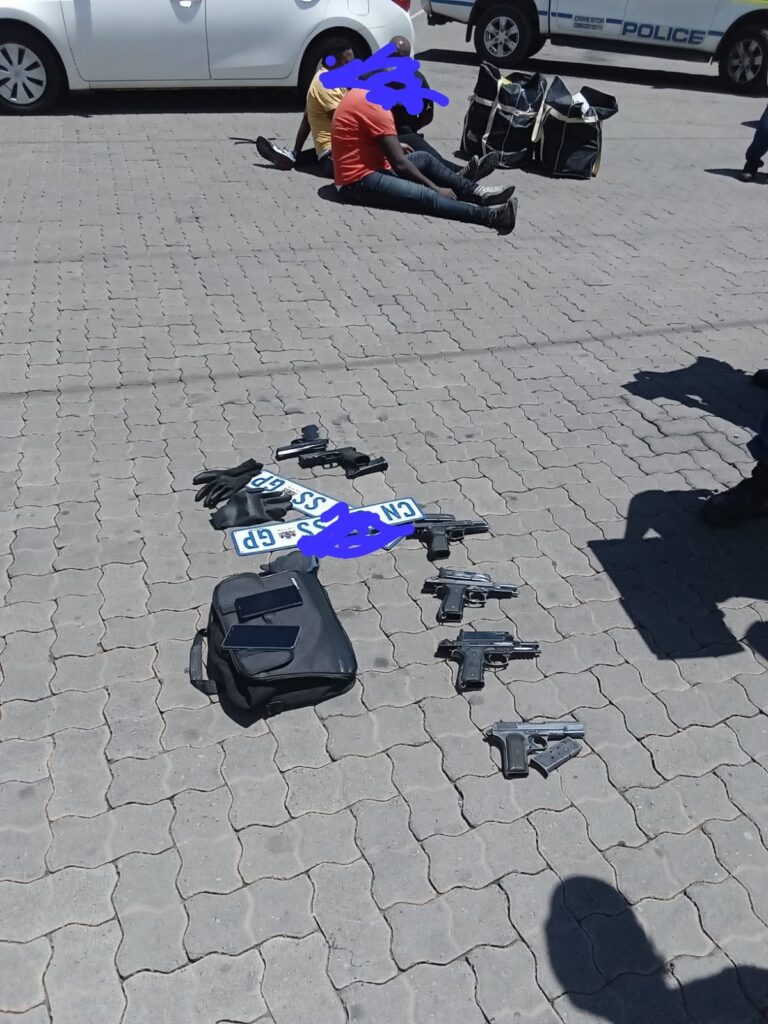 It further said in the first incident , it is alleged that about 10 armed suspects entered  a shop at Soshanguve  Crossing  Mall where they held employees at gunpoint  and took cellphones , laptops , clothes  and undisclosed amount of cash . Police and private security guards followed the leads and found suspects in Orchards. Suspects fired shots towards the police and a shootout ensued. One suspect was fatally wounded and the other two were arrested. Police recovered items suspected to have been stolen from the shop.

In the second incident, it is alleged that about three armed suspects stormed into a shop and took about 40 new cellphones, Again the team consisting of members from South African Police Services and DBK Risk management followed information and arrested three suspects who were found with six unlicensed firearms and more than 35 cellphones to have been taken during the robbery

Gauteng Provincial Commissioner Lieutenant General Elias Mawela commended the police officers and security guards who responded promptly and arrested the suspects within a few hours after the robbery. “I am proud of my members and security guards who were worked together to arrest these alleged perpetrators   that are believed to be targeting retail stores in our province. These arrests might help us to close most of the cases where retail shops were robbed. “Said Lieutenant General Mawela.

The arrested suspects will be profiled and firearms taken for ballistic tests to establish if they are not linked to other crimes. Suspects will be charged with business robbery, attempted murder, possession of unlicensed firearms and ammunition. More charges might be added.