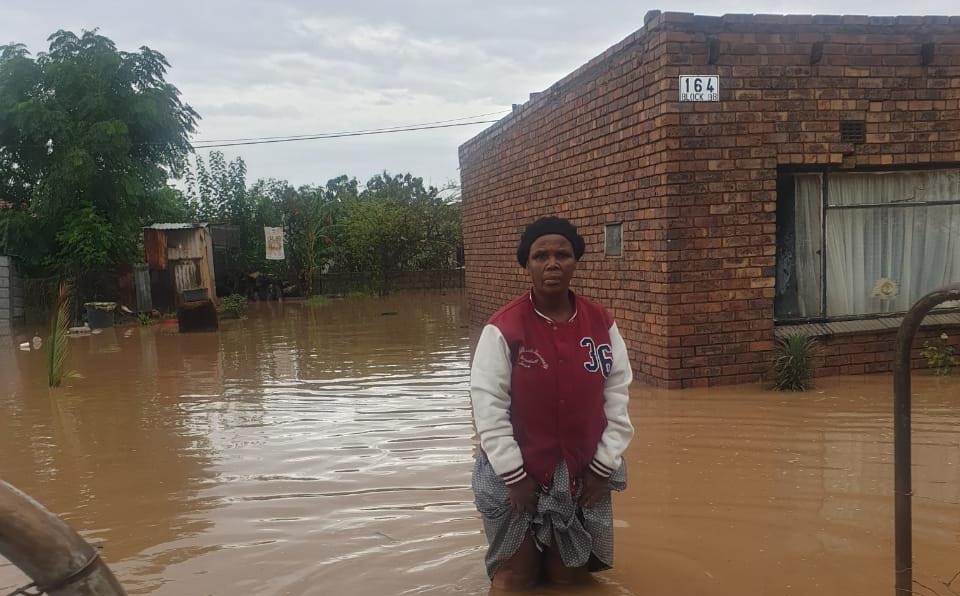 With the heavy rains that persisted from yesterday few households around Hammanskraal and Zinthobeni reported incidents of flooding to the Tshwane Emergency Services Department.

Ramotse, Kanana, Marokolong including Mashemong villages are the areas that were affected by the floods. The firefighters assisted by digging trenches to channel water from the affected houses and also assisted in moving an elderly woman from a house where the water was at her knee level while other family of five agreed to be moved to a sheltered at Sebothoma hall after being issued with blankets and mattresses.

Fortunately, nine houses that were involved in the flooding managed to be assessed by the Disaster management officials and one out of nine households agreed to be sheltered at Sebothoma Hall while others did not agree because of the concerns of their belongings being stolen, and some wanted to be sheltered at Suurman Hall which was not available as temporary shelter.

“The Tshwane Emergency Services Department monitored the low water bridges that are known as hotspots and in Denneboom and also Tshwane Metro Police were activated to monitor the flooded roads and so far there were no loss of life or nor injuries that were reported throughout the incident and cases of the affected households that were allocated in the community and to the Social Development Department for further intervention,” Said by Mr. Mabaso.

ActionSA addresses the issue of water in Hammanskraal