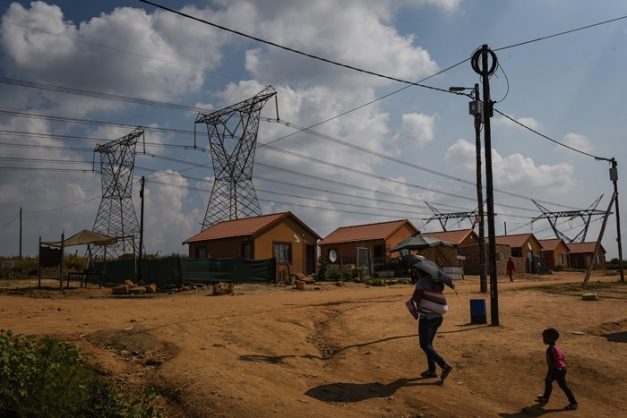 It’s about a year and residents of Soshanguve block MM are still living in unsettling conditions due to RDP’s that have not been finished due to unknown courses from the government official.

It was mentioned that the RDP houses where left unfinished due to the contractor from the construction named Lilitha Lethu construction who failed to keep and manage their given time frame. Amongst the complaints with the houses, there have also been rumors going on about stolen building materials meant to finish the community housing project. That resulted in people living in even more difficult conditions after they made their shacks small and distinguished some to make space for the construction of these houses in their yards.

Most of these people are unemployed and depend on social grants for survival, meaning they cannot finish up building their houses for themselves.

‘’ I was appointed as the CLO, I had no power to control or tell the constructor of the construction what to do. My responsibility was to act as bridge between the contractor and the community, I was submitting the challenges and the complains that the beneficiaries and the sub-contractors are facing to the officials in order to avoid strikes.’’ Said by Samuel Mphamo whom was appointed as the Community Liaison Officer of the building project.

‘’No, I deal with lots of accusation where some people are accusing me of corruption saying I sold their RDP housing materials and that I was taking bribes from those who were not supposed to get the house. Sometimes feel like I failed my community hence many were left with unfished house and there is not enough explanation that can console them’’

Going forward he mentioned that they are busy pushing the municipality to bring another projects so that people can have a proper and stable living environment that can reach the entire community.

The people have lost hope in the Politics due to the high level of corruption and politicians using politics to push their personal agendas.