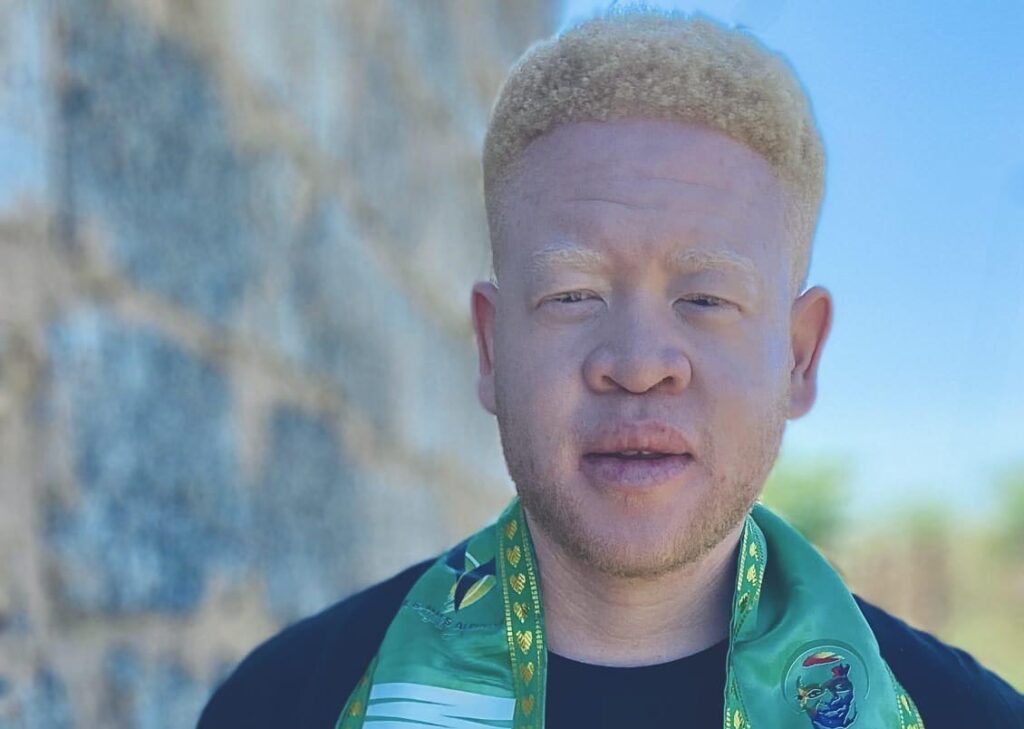 Paul Moroe grew up in a challenging environment and very disadvantaged area that lacks the knowledge about the condition of albinism.

During his childhood, he grew up being called names such as ‘’Leswafi, Lekgowa and Le Albino’’ and also the myths and the stereotypes surrounding his albinism condition.

‘’Albinism is a condition not a disease or something that can be categorised from a person of color, the difference is just the skin color and the color of our hair. Now I’m very grateful for my title because I aim to use it as a platform to inspire those who are born with the albinism condition to embrace who they are.’’ said Paul.

He mentioned how the pageant itself has helped him a lot and boosted his confidence, he was able to do activation for the first time by himself and as well as being able to do some charity work in the community that he comes from.

‘’We are a uniting the country as a rainbow nation, making me  wonder why should we be deserted and be denied by our very own people. This would help the next generation of young stars that are born with albinism condition not to shy away or be closed in boxes. It will be easy for them to come out of their comfort zone.’’ He said.

He mentioned his desire being not only to educate others about albinism, but to inspire those who are born with the condition as to embrace who they are. He wants to break the stereotypes, myths and destroy the discrimination that the society has against persons with albinism in their homes, schools, streets or even at workplaces.