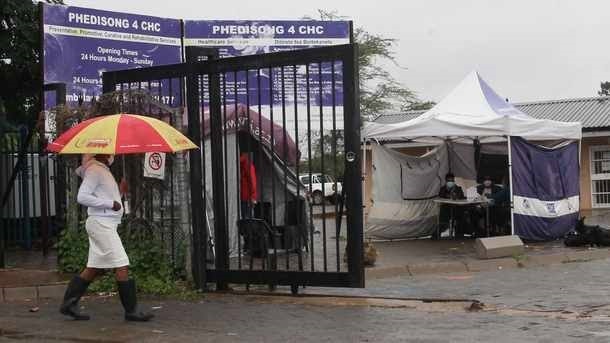 A nurse at Phedisong Clinic 4 in Ga-Rankuwa is being accused of corruption, this after she allegedly “demanded” cold drink in exchange for Covid-19 test.

According to a score of residents in Ga-Rankuwa, a nursing staff at Phedisong 4 local Clinic demanded bribes in order to conduct Covid-19 testing. This came after the reduction of the Covid-19 test at two leading pathology laboratories in South Africa.

It all transpired after the industry stakeholders welcomed the announcement by the Competition Commission, after having reached agreements with Ampath and Lancet Laboratories to reduce their prices for the Covid-19 PCR tests for the next two years to R500 including VAT.

However, this did not ease problems for residents from Ga-Rankuwa, who complained of persistent poor service from clinics in the area.

According to one of the community members in Ga-Rankuwa, Motshabi Mokgoko, due to corruption and poor service delivery at the clinic, her house helper could not get her Covid-19 tests in order to go home to Lesotho for the festive holidays.

Mokgoko said her domestic worker had been taken aback by the demand for a “cold drink”, when she went to enquire with the nursing staff at the Phedisong Clinic 4 about this.

“They kept on denying the story about anyone demanding money for cold drink, and even threatened to sue her if she pointed at the wrong person.

“I insisted that they take her test so that she could go home for the holidays on Friday, but they boldly and sarcastically told me that even if she took the test the results would arrive after seven days.”

Helper Mmakgotso Chakalane said when she arrived at the clinic she was the third person in the queue to get tested, but she started noticing that the nursing staff were letting other people pass while they held her back.

Chakalane said when they eventually called her closer they told her they would not be able to test her as she had presented no Covid-19 symptoms, and the clinic only had a limited number of people that they tested a day as per the government’s instruction.

“The nurse told me that they couldn’t really help me, but they would do so if I could get them a cold drink, or I could go private and pay R850. I told them that I did not have the money for a cold drink or the R850, as I had to use a taxi to get there, but they told me they did not care, so I left.”

It was in the Lancet laboratory in Johannesburg, that Professor Eftyxia Vardas’ team first spotted a change in the PCR test samples. A subtle drop in the spike protein was detected which led to the discovery of the then-new Omicron variant of the novel coronavirus.

When she went back with her employer, the woman said the nursing staff claimed they had been looking for her around the clinic as they were going to help her.

Mokgoko said this was not the first time they had struggled to get service from local clinics in the area, as many of them worked as and when it suited them, irrespective of what the community needed.

“A lot of local facilities treat our people badly, and foreign nationals even worse. They will tell you that they only conduct Covid-19 tests from 7 in the morning to 10, and only for a certain number as prescribed by the government. Then they start turning people away in the queue.

“They eventually agreed to test her, but I know that she is going to struggle to get service from there moving forward, but this is very wrong, this simply means this is how they are treating other foreign nationals in need of tests and it’s wrong.”

The Health Department committed to investigate the claims and act accordingly.