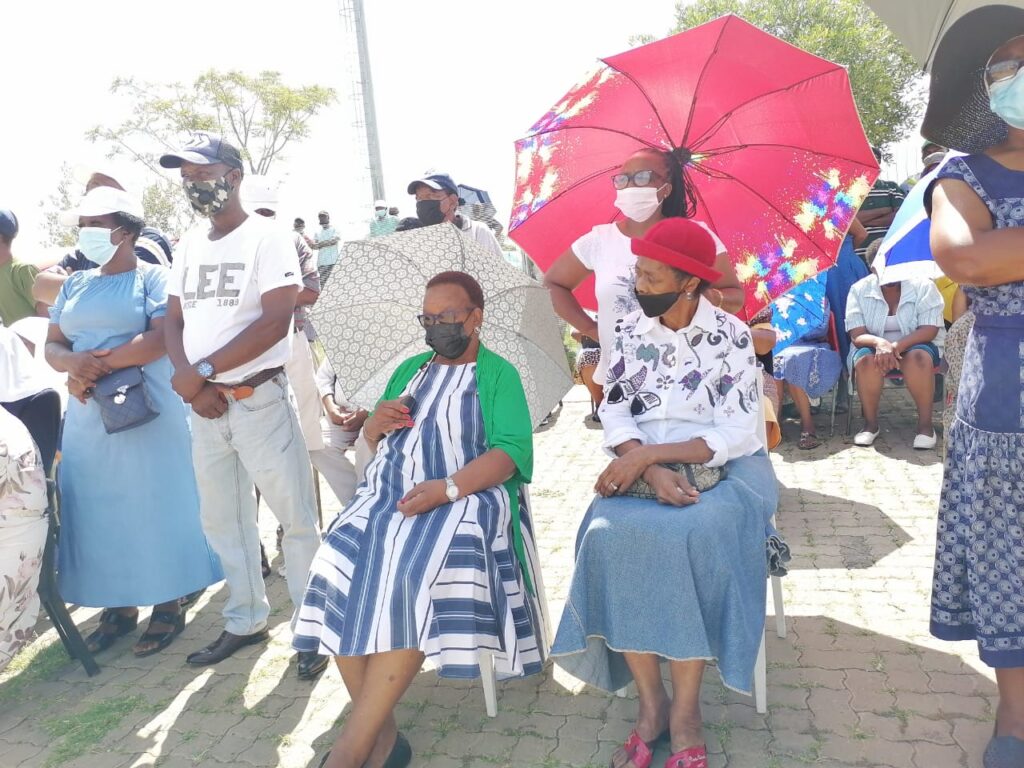 Mr. David Ratladi from Inwooners Baagi Civic Movement (IBCM) recently invited the community of Mabopane to a general strategic meeting at Bana Sportsground in Mabopane to discuss the issues they face as a community and to also strategise their way forward.

The movement deals in bringing civilian oversight and activism to the public, which encouraged Mr. Ratladi to organise a meeting that was held to discuss the issues of service delivery, estimated billing and also safety.

Allegedly some community members have been receiving letters while others were receiving calls from people claiming to be City of Tshwane’s lawyers and threatening them to pay a lot of money for the high billed statements or they will lose their homes.

The community felt like they have been failed by the municipality, the community stated that they don’t even have a relationship with their councillor who was also invited to the meeting but was absent. Besides the high billing, the community complained about the high crime and illegal dumping taking place in the area.

A 73-year-old woman from Block B Mabopane shared her frustration that there is an illegal dumping site next to her house and she tried to talk and plead with those who dump their rubbish to stop because it is affecting her health, but she was told to mind her own business.

‘’ I can’t even open windows in my own house because they even dump the dead animals and the smell fills the whole house. My rights are being oppressed by my own community. I tried but it seems like all my efforts are in vain. With today’s meeting I pray and hope that I will get help and live a normal and hygienic life like a normal person. I have been struggling with this situation for a very long time,’’ said the woman

The other touching story was shared by a woman who was struggling to get her child to be placed at school because of not having proof of residence as one of the documents that was needed at school.

‘’I was all over the place trying to get my child to be accepted at school for grade one because of not having a proof of resident. I visited few places that the proof of resident letter was offered couldn’t find one, I even visited the other section after trying so hard and that’s where I succeeded. Our councillor is failing us as a community. They promise to serve us and to make sure that our rights are not being compromised, but it’s all just a words for them,’’ said Agnes Seale from Block C Mabopane.

Mr. Ratladi promised the community that he and his associates will draft a petition to the Tshwane municipality as to alert them about the march that they are preparing to have on the 10th of February 2022.

He asked each and every one who was present at the meeting to also be present on the 30th of January 2022 to discuss the petition before they present if to the municipality.

The community wants a fair local economic development, a fair approach and consultation regarding the matters that involves their community.

‘’With all the issues and complains discussed, I’m willing to work with you and fight for our rights. Our children can’t live like us; they cannot fight for everything that they have right to. In order to fight corruption, our children need to be employed. The police reservists have to be hired as permanent. Those who are interested in farming need to be engaged with the agricultural development so that they can get access to unused lands that are used as illegal dumping sites. I believe that if our youth have something positive to do with their time, we will experience less crime in our community,’’ said Ratladi while concluding the meeting.