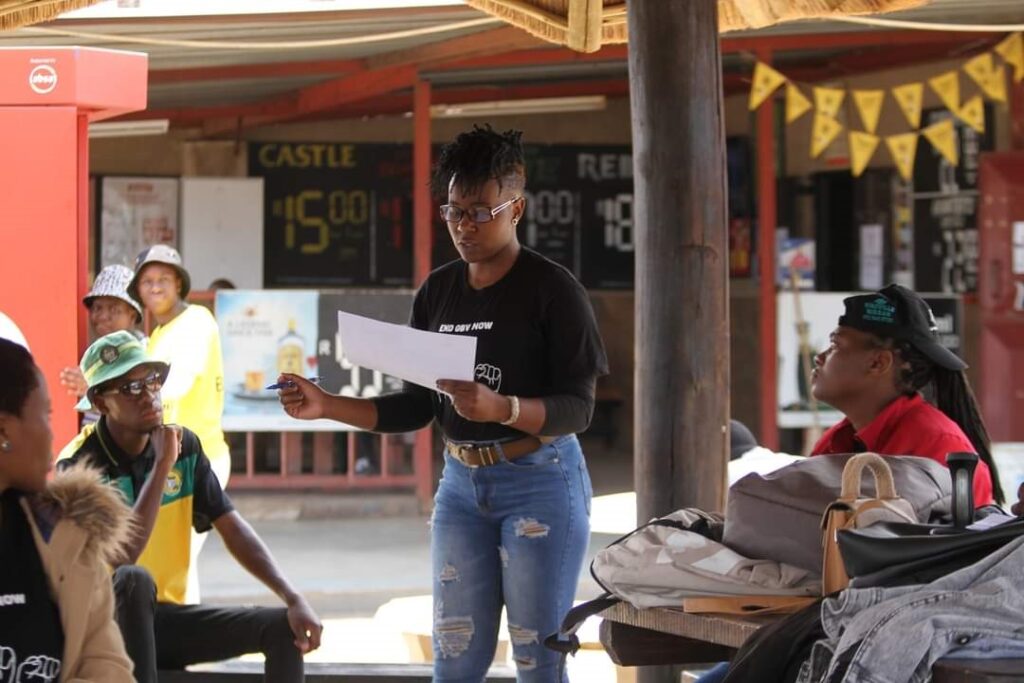 Winterveldt Agri Educational Skills Academy (WAESA) in short, is a Non-profit organization based at Dube, providing social responsibilities for the youth in Winterveldt.

The organization which aims to uplift the youth of Winterveldt through the provision of skills to fight poverty has expanded its horizons as they now deal with a lot of projects and services.

Some of the services that the organization prides itself in rendering to the people of Winterveldt include, Gender-based Violence seminars, Agriculture, Information Communications Technology (ICT), Entrepreneurship, Health as well as Education.

The organization has recently embarked on a successful Gender-based Violence engagements campaigns which started at Front Page Café in Winterveldt, Gomba Lifestyle also in Winterveldt. The campaign was also expanded beyond Winterveldt, crossing over to Mmakaunyane where the engagements were had at Nicho’s Place.

Apart from focusing on Gender-based Violence and ensuring that people were educated enough about it, WAESA also took some time to land a helping hand to those less fortunate or privileged in Winterveldt.

They did this by donating second-hand clothes to one of the families in Winterveldt which had no means of buying themselves clothes.

The organization further encouraged people who knew anyone in need to come forward and register on their database, this could be done by sending a message to this whatsApp number: 067 1697054.