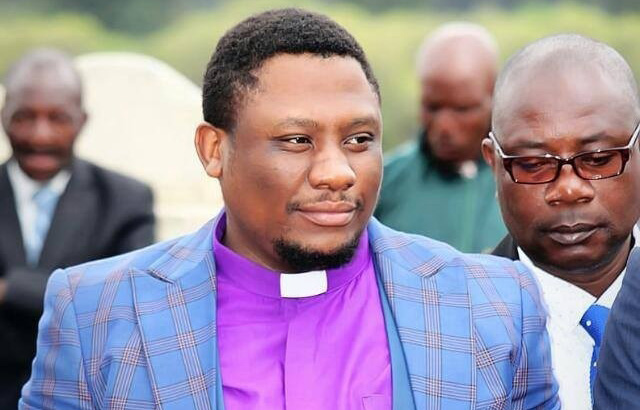 Prophet Lehlogonolo Makhubedu who is the Founder and Pastor of Hands of God International Ministries in Soshanguve Block L has finally spoke out about the recent court ruling in his rape accusation case that has been dragging since November 2018.

The well-known Pastor was arrested and charged for allegedly raping two boys and Molesting one boy who were all part of his congregation.

After three years of in and out of court, the matter was finally put to bed at The Soshanguve Magistrates Court on the 09th of December 2021, with the court ruling in favour of the Pastor.

According to various reports, it was alleged that the pastor have been abusing a group of boys that were attending a ministry school at his church to graduate as pastors themselves.

In an exclusive interview with Tshwane Bulletin Newspaper, Makhubedu who was speaking after the court ruling, said that he could not believe his eyes when the matter was finally concluded in court, also adding that the case has been very traumatic on him.

“To be honest, I still don’t believe that this matter is finally over. It has been very traumatic for me, thinking of going to prison. I am so happy that I’m a free man now. You must remember that going in and out of courts on its own is like going to prison, it drains you. So I’m happy that the matter is concluded now,” said the Pastor.

Reflecting on the impact the case had on the church since 2018, Makhubedu emphasized that the accusations did a huge damage on the church in terms of attendance, as the church lost a lot of members amid the allegations.

“This whole thing had a very big negative impact on the church. We started seeing a huge decline in attendance as a result of the then ongoing court cases. I am not just a Pastor, I’m also an artist and had a huge following before the allegations emerged, but due to this case, we even had to conduct church services in a house, since the number was just too low,” he said, further refraining to comment on whether he would be taking any legal actions against the boys.

He further pointed out Brian Masindi, who is the brother of one of the boys who accused him of raping them, as an instigator who allegedly influenced the boys to open cases against him.

For background of this story, The Sowetan had previously reported that the pastor was accused of raping several minors and young men after telling them that they were the “chosen one”.

It was also alleged that he abused a group of boys attending a ministry school at his church to become pastors themselves.

The newspaper further reported that one of the victims came forward and said the abuse started when he was 16 years old.

“It started in 2015 one night when he woke me up while I was sleeping with other boys in another bedroom that we shared as junior pastors,” the Sowetan quoted one of the victims as saying.

“He said God had chosen me to be his (pastor) protector. He ‘anointed’ himself with oil all over his body and started kissing me while I was shocked. He then penetrated me.”

Another victim said that he was 16 years old when the abuse started. He said he had been staying and sleeping at the Hands of God International Ministries for three years to train as a pastor.

“It started in 2015 one night when he woke me up while I was sleeping with other boys in another bedroom that we shared as junior pastors,” the teen said. He said the pastor called him to his bedroom and told him that he was the “chosen one”.

“He said God had chosen me to be his (pastor) protector. He ‘anointed’ himself with oil all over his body and started kissing me while I was shocked. He then penetrated me.”

Another boy said he did report the abuse to church after he was raped in 2014 but no one believed him.

“I remember the pain I felt when he first raped me, I could not even sit for three days but I kept quiet because he made me believe he was imparting supernatural powers to me as a servant.

“I am very angry that it’s only now that more guys have come out that I’m believed.”

He said he was now taking drugs to numb the pain the pastor inflicted on his life.

“This broke me and the past four years have been hell seeing him pass by my house after leaving the church.”

The third victim said the pastor demanded him to perform blow jobs on him every night.

He said he eventually ran away from the church because it was traumatising him.

Attempts to get comments from the victims’ families regarding the recent court ruling in the Pastor’s favour drew blank.