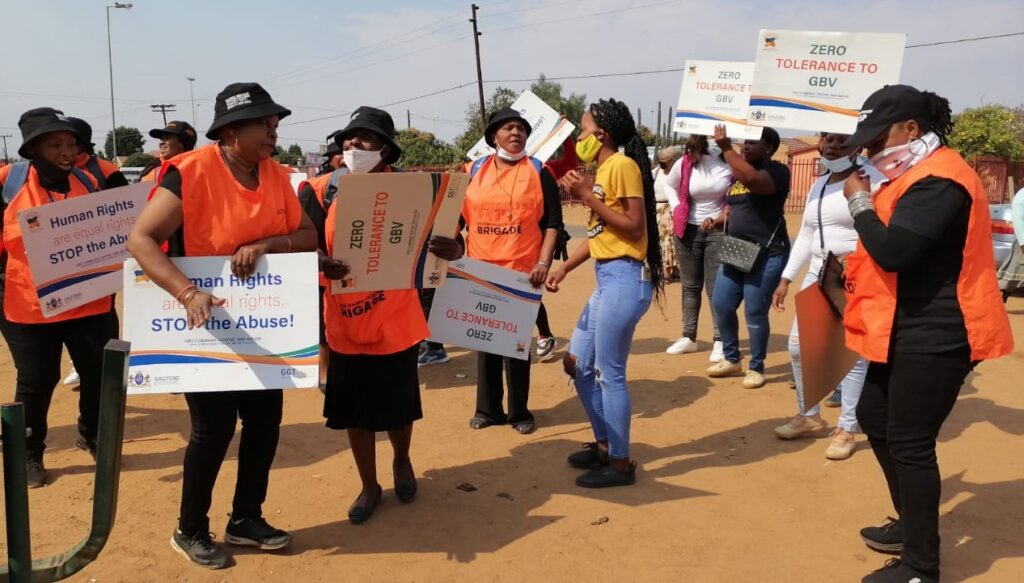 Members of Gender Based Violence Brigade were up in arms over the tragic death of Mpho Jane Mahlangu (22) and held a protest outside the Themba magistrate court near Hammanskraal, North of Pretoria recently demanding successful prosecution of murder accused Joshua Baloi.

Mpho Jane Mahlangu died after allegedly being brutally beaten by Joshua Baloi during the 21st of May 2021.

The accused was released with a bail amount of R1000; the Mahlangu family was deeply disappointed and never at peace.  They were hoping that justice will take place; instead they went back home with tears and less of hope. The case was postponed to the 19th of October 2021 reason being that the court is still waiting for the postmortem results.

After the hearing, the family went outside and joined the protest and continued to demand justice for their beloved daughter.

‘’We always come here hoping to get justice for our daughter, but every time we are here, there is always a reason to delay the case. I will fight for her, Mpho was very young and she had big dreams about her future, now her life is no more along with her dreams,’’ Said by Mpho’s aunty Zanele Mahlangu.

The women from Gender Based Violence Brigade promised the Mahlangu family that they will support them in fighting for their daughter’s justice.

‘’We very are tired of wondering who will be next or who will be marching to seek for justice, the law is failing us, how come a murderer be outside free while the family is grieving? How can you kill and get out with a bail of R1000.00? We are no longer safe in our own country. The Mahlangu family deserves justice,’’ Said by the coordinator of Gender Based Violence Brigade who didn’t want her name to be mentioned.

The family, with the support from the Brigade, vowed to fight to end till justice is served.