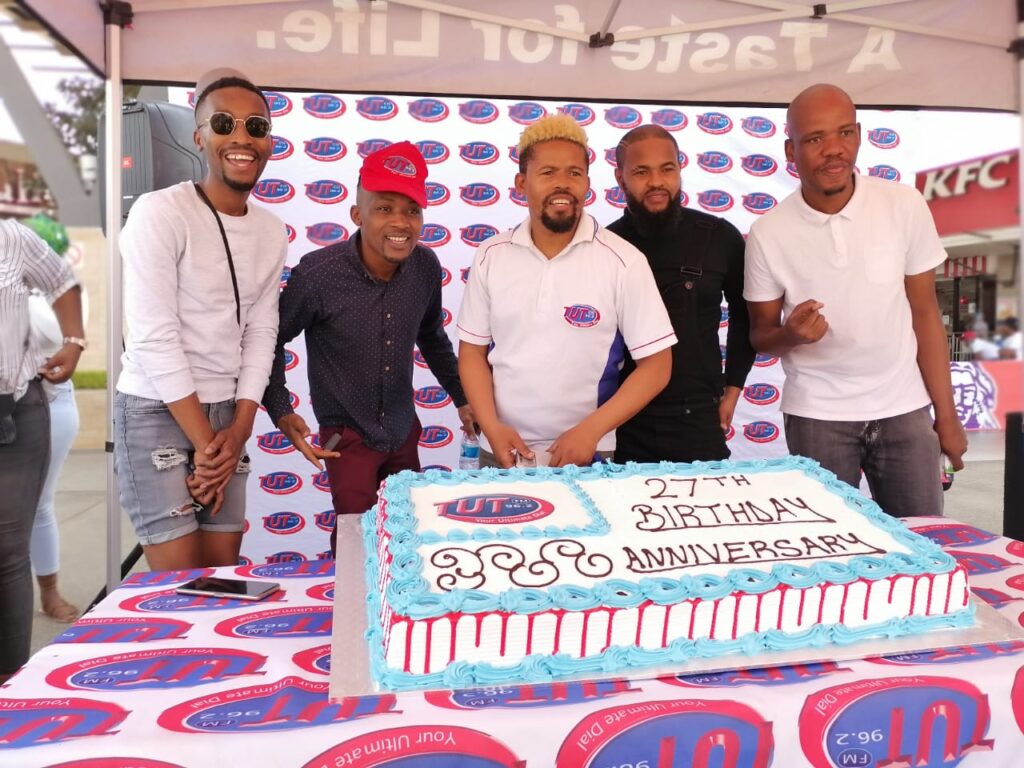 One of the oldest community campus based radio stations, TUT FM celebrated 27 years of success being on the airwaves at Soshanguve Crossing recently.

The broadcasting live at the shopping Centre, the station also unveiled the new names of the program line-up of the station and encouraged the community to vaccinate against Covid-19.

The station incorporated the birthday celebration by giving away gifts such as maize meal, vouchers and also gave the celebration cake to the children who were at the shopping centre.

TUT FM is one of the oldest community campus based radio station and it prides itself as a radio station that serve the community of Soshanguve and its surrounding areas.

The staff, interns, manager, and few prominent people were invited to join the celebration. There were also sponsors like Maluleke Spar, Tampico Spur, Romans Pizza, Cake Zone, and Fast Track who contributed in making the event a success.

The station is under leadership of a courageous woman who has been with the station for fifteen years named Mrs. Kedibone Mahapa.

‘’ This celebration is not only about marketing the station brand but to honour the government’s call by raising the awareness of COVID-19 vaccine. For us to generate the income, we rely on advertising, so it is very much important to vaccinate in order to flatten the covid curve and go back to our normal life,’’ Said by the station manager Mrs. Kedibone Mahapa.

Mrs. Mahapa with fifteen years of experience with the station still has high hopes and greater plans for the station, mentioning few, one is to keep on mentoring and assisting the journalism students with work integrated learning.

The station prides itself as a station that produced many big broadcasters and even now it is still mentoring the upcoming ones.

‘’It is so amazing to be part of this milestone. TUT FM has given birth to lot of idols and for me to be part of the station really means a lot, I’m currently an intern who started in June of this year and I’ve been learning a lot under the guidance of Mrs. Kedibone Mahapa.’’ Said by Nkosana Nyamande who is an intern at the station, majoring in news reading and co-hosting.