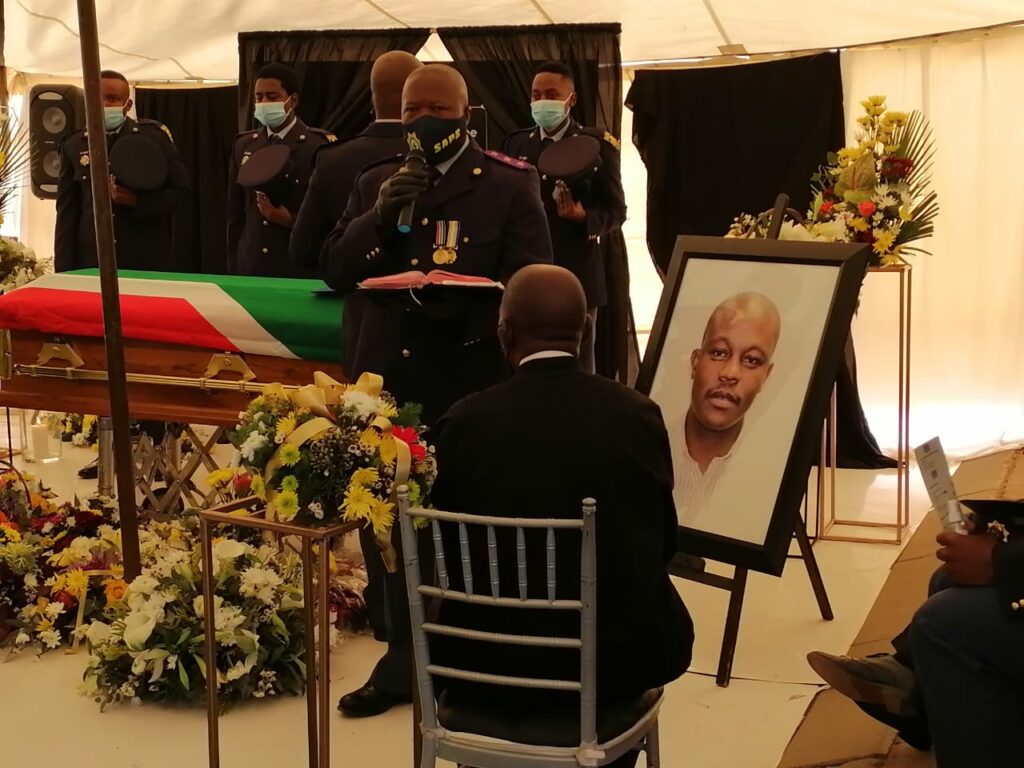 Family, friends, and colleague’s gathered at Block B Mabopane recently, in order to pay their last respect to a 37-year-old man who died due to a motorbike accident on the 21st of August 2021.,

Katlego Shadrack Mathope was a Warrant Officer at the Presidential Protection Police Station, until he met his sudden death on the 21st of august 2021 through a motorbike accident. The deceased was the 4th child of Mr. Josiah Sello Mathope and Mrs. Mabel Tilly Mathope.

Tears flowed at the funeral of the officer and emotions were also high as expressed by mourners that attended the funeral. Mourners where hurt on how his life was cut shot, and also on how he served his nation with pride and passion.

‘’ Before joining us, Katlego was part of the South African National Defense Force, and later joined the South African Police Service, where he served as a constable at Mabopane police station and later again he joined presidential protection service.”

He served with everything he had, he gave his best time to his loved ones and to his colleagues, he loved his job dearly and I respect him for that. Rest in peace warrant,’’ Said Brigadier Mbiko from presidential protection service.

At the funeral, Katlego’s parents and siblings paid a warm and heartfelt tribute to their loved one.

‘’I have lost dearly, even now it still feels like a dream. I have learned a lot from you my brother, your laughter; your love and your ever smiling face will always be missed. Farewell my dear brother.’’ said by katlego’s brother Mr. Lassie Mathope

Katlego was taken to his final resting home at Mabopane cemetery to rest accompanied by his colleagues parading his casket and paying their last respect.