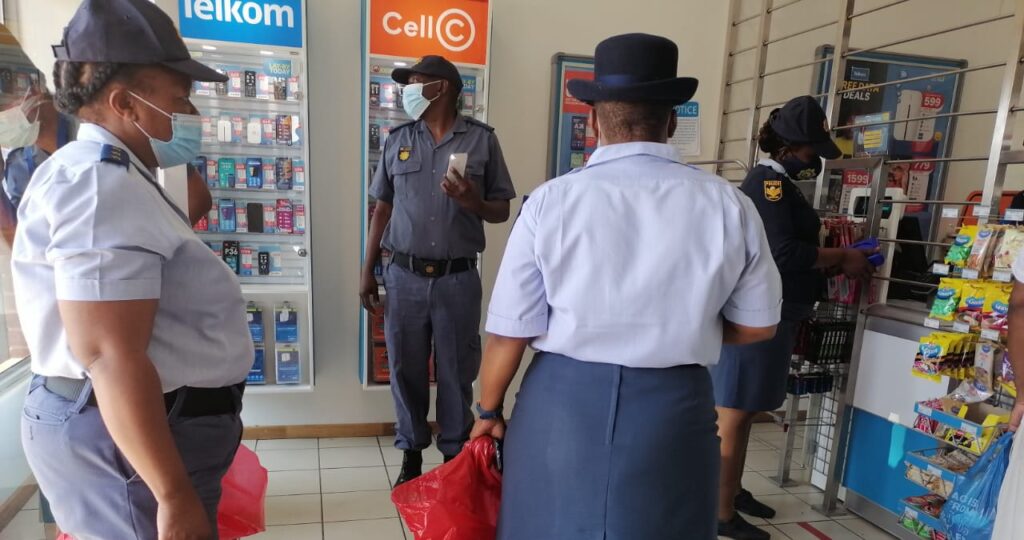 The purpose of the event was to show the women who work at the mall the support and sympathy due to their traumatic experience brought on by robberies that usually happen there. Batho Plaza was reported as a hotspot for robbery and workers are no longer feels safe.

The SAPS managed to enter in to some of the shops to distribute pamphlets on crime prevention tips and abuse, and also encourage woman to not live in fear but to celebrate their freedom.

The event was informative and uplifting, as variety speakers encouraged the workers to be responsible and not be afraid to report any crime that occurs there, because they are willing to help and prevent the crime so that they can be safe and enjoy their place of work.

‘’We know and understand your fear, this mall is a hotspot for robberies, it’s a trauma being a woman who works under such environment. We as SAPS we are here to sympathies with you and to show our support. It’s your right to be protected and feel safe, we vowed to protect you against the perpetrators,’’ Said Rietgat spokesperson Captain Stephen Maluleka.

Among the attendees, were the Community Policing Forum (CPF) members from sector 3, who were patrolling and ensured that the workers are safe and everything is in order.

They were volunteering to help with flattening the crime curve. They started their project last month after the looting with the intention of trying to put a stop into to the criminality.

‘’ After the looting we realised that the lives of our brothers and sisters are not safe. People are not afraid to kill so that they can get what they want. There is always a case reported that there is a robbery at Batho Plaza, so we as the CPF we decided to come and protect our mall because it benefits us hence some of our family members work here,’’ said by the leader of the CPF Mr. Jeffery Munyai.

The event was a success where the workers where so happy to see that they have the support and people who cares about their safety.