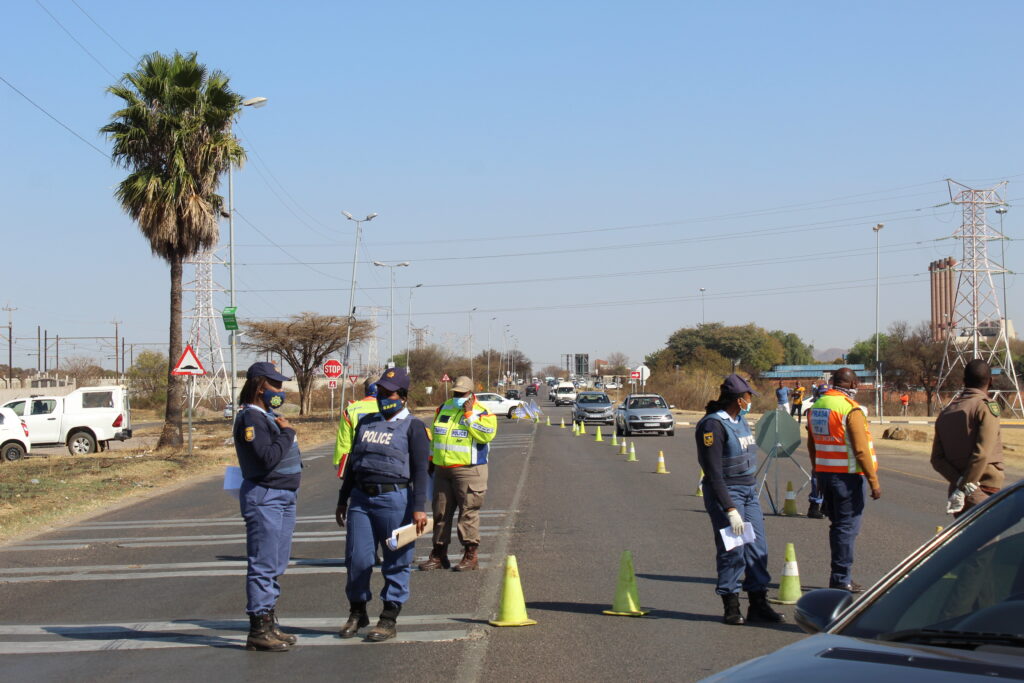 Working in unison, women from different spheres of law enforcement agencies, made their presence felt and in the process yielded positive results, as they executed their Operation Basadi mandate at the Sefako Makgatho Health Sciences University road in Ga-Rankuwa recently.

The Tshwane North Corridor SAPS with other law enforcement agencies such as the Gauteng traffic department, Correctional Services, Tshwane Metro Police, Home Affairs and Department of Health intended on closing the net on transgressors on both the road and the surrounding townships

During the operation, a total of two hundred and sixty five (265) Road traffic fines were issued and over one thousand and forty seven people searched, eight hundred and ninety nine vehicles (899) also searched.

This operation which was split in different bubbles saw the arrest of nine illegal immigrants while five illegal shebeens were closed down for non-compliance.

An impressive turnout by women led by Brigadier Matshidiso Kgoadi, visible in their uniform and they made sure that their multidisciplinary driven approach, enforced the law on compliance and criminal actions.

Brigadier Kgoadi extended her gratitude to all the participants for the overall turnout and results achieved by the operation. She further reminded law enforcers about the importance of complying and upholding the rule of law while dealing with the public.