Is the Church of God infiltrated by African Spirituality? 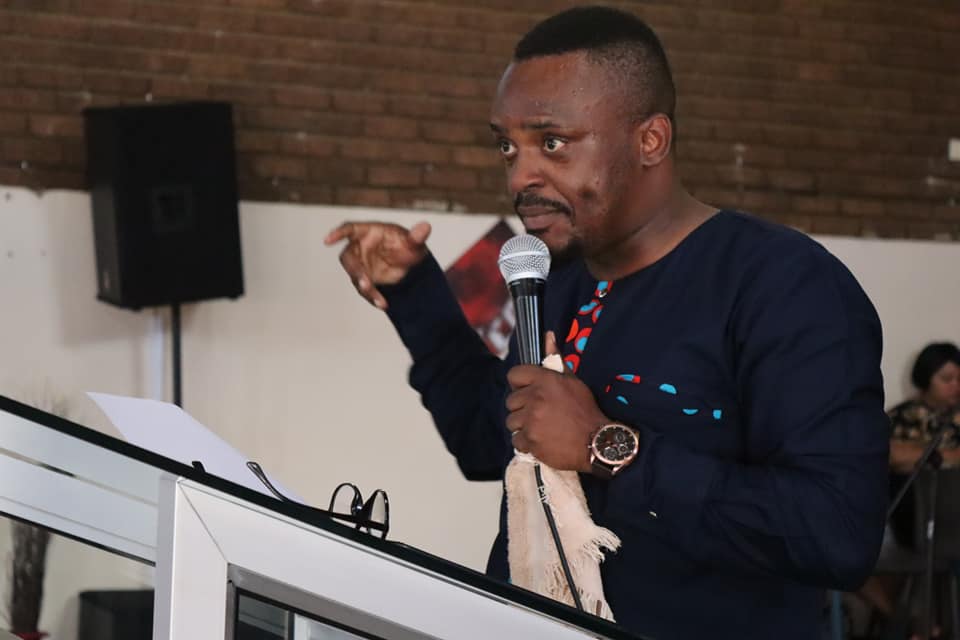 Many people regard Africa as the mother continent; many black people trace their roots from Africa. Is it because Africa has a rich heritage and culture that was passed on by the African descendants? This African heritage seems to have been passed to Africans in various ways, I will mention three ways:

When you combine history, culture and religion it will lead to what I call African Spirituality. Spirituality is not always religious but it can have a strong influence within a particular religious group, as human beings are always in search of the true meaning of life.

When doors of churches, mosques, sanctuaries, temples and shrines were closed and locked because of Covid-19 across the world, many Christians found themselves frustrated and thought that the Government was fighting their religion by closing and locking church doors and prohibiting church gatherings. We saw church leaders coming together under one voice and asking the Government to reopen church buildings for spiritual fellowship. Most  quoted: Hebrew 10:25 “Not giving up meeting together, as some are in the habit of doing, but encouraging one another and all the more as you see the Day approaching”. The day church buildings were opened and gatherings allowed, many flocked to church in search of a prophetic word. The question remains, was the thirst for prophecy what most Christians actually missed during the lock down period? We were locked away from church buildings not from God’s word or God’s presence. This has proven that many African Christians are not hungry to read God’s word in their houses but they seem to enjoy spending their money to travel to remote and far places in search of miracles, prophecies, healing and also spiritual powers. Mega churches that attracted a large number of believers before covid-19, seemed to be the ones who were greatly affected and at a disadvantage when the President announced the  required number for church gatherings. A lot of churches (small, medium and mega) had a huge problem with this required number. A lot of people forgot that Jesus Christ had only twelve disciples and with the twelve disciples, he changed the world.

My question is how can the modern church become a true reflection of the early church when the current church is now captured by spiritual terrorists who continue to abuse the vulnerable and their blinded followers within our communities? Our elders are indoctrinated to call their Pastors ‘their Spiritual Fathers or Spiritual Mothers’. This unusual teaching is always accompanied by a seed offering  doctrine where Spiritual sons and Spiritual daughters are forced to plant a seed [ a huge amount of money] into a fertile soil. The Spiritual Father’s pocket or bank account is the ‘fertile soil’ in this doctrine.

The question is why do our own family members keep on following these church terrorists even when they hear about the creepy and unspeakable things happening in those churches. We hear of new stories about church mafias / terrorists on our national televisions, radios, newspapers, social media platforms and communities on a daily basis. The truth is people no longer go to church to receive the Gospel of Christ that will equip them to evangelise to those who are still living in sin but they go to church for other carnal agendas. The church has turned into a place where healing is sold, where fake prophecies are staged and miracles are performed to recruit and to attract a huge following. If you can analyse marketing publications of our modern day healing and deliverance churches you will see a common pattern. Their advertising billboards, posters, flyers, facebook pages, including their eye catchy strange names such as “Prophet Danger or Prophet Dynamite”, are all well packaged and used to brand their churches and church founders to attract a great following. Church Mafias brand themselves well in order to be able to sell their Gospel to their target audience. The more lavish they brand themselves is the more expensive their holy oil, holy water, holy bangles, holy tea, holy candles, car stickers, photo frames etc will cost. A lot of these deceivers stand on their pulpits and encourage their church members not to consult sangomas while they are secretly consulting sangomas and other are actually sangomas masquerading as  Charismatic Prophets. Churches are led by self-appointed Pastors who don’t affiliate with any religious structure and this freedom gives them power over their church members.

When I was a False Prophet, I was once given a black powder that was mixed with African muthi: I was instructed bath with this concoction at night or early in the morning before the sunrise. The purpose of the concoction was to control people’s dreams and to control people’s thoughts. I often went to the  the river to bath with the muthi , I would declare things that I wanted the victim to dream or to think of. After the whole ritual I would call the targeted victims and ask what they dreamed about at night and if it was during the day I asked them what they were thinking about. This powder was able to even command to a sick person that they were healed over the phone. Whenever I see a lot of African Christians with face stickers of their Spiritual Fathers all over their properties, I weep because I understand the after effects of such operations. When I listen to many Christians narrating how they always dream about their church or Spiritual Parents or being under water, I know very well that many are victims of this spell; their actions and thoughts are controlled by their Spiritual Fathers through certain concoctions.https://web.facebook.com/profile.php?id=100011404542647

As born again Christians, we should not  be  spiritual slaves of Satan and his Kingdom. Salvation means God is your Heavenly Father , through Jesus Christ. If your church has been teaching you another Gospel that is different from the Gospel of Jesus Christ ,you need to start seeking God’s face. If you are always dreaming being sexually intimate with your Spiritual Father or your Spiritual Mother, then you need to start to seek God’s Face.

Galatians 1:8 “But even if we or angels from Heaven Should Preach a Gospel other than the one we preached to you. Let them be under God’s curse!”

If you need any prayer, bible study materials, Christian books contact us: