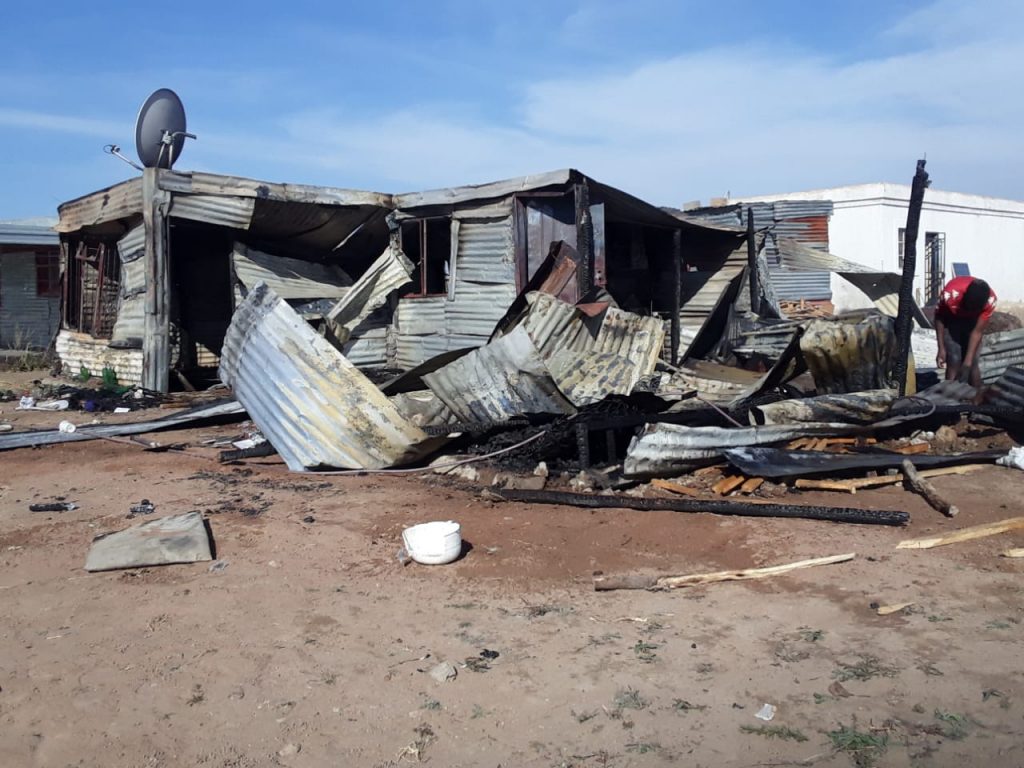 According to Lettie Mashaba, the elder in the family said they have no idea what caused the fire because no one was home at the time of the incident.
Share
Facebook Twitter LinkedIn Pinterest Email

The Mashaba family from Marikana has been displaced, and have to seek alternative sleeping arrangements after their shack was reduced to ashes following a fire incident recently.

Shocked family member Peter Mashaba (32) said “we received a call from a neighbour informing us that our home was engulfed in flames, unfortunately when me and my sister got home it was too late. The neighbours even broke the gate to gain access in order to extinguish the fire but failed.”

According to Lettie Mashaba, the elder in the family said they have no idea what caused the fire because no one was home at the time of the incident.

“We tried to call the Rietgat police station in order for them to ascertain what might have caused the fire but even today there is no sign of them, so we are only left with speculations,” said Lettie.

Explaining their sleeping predicament Lettie said ” Because of the incident my younger sister and I  both sleeping at our boyfriends house’s and our brother sleeps at the neighbour’s house, by sunrise we go back to our home to see what we can do.”

City of Tshwane EMS Spokesperson Charles Mabaso mentioning the statistics of fire related case since winter started said. “Tshwane Emergency Services Department received 552 fire related calls between 1 June and 27 June 2021. Of the above calls, most were related to veld or grass and rubbish fires. 78 fire calls on dwellings were also received during the said period, of which 53 included house and building fires and 25 shack fire incidents” Said by the EMS Spokesperson.

He also mentioned that, most fires in informal settlement are as a result of house keep and lifestyle patterns that do not support or favour fire and life safety.

The EMS Spokesperson also said that the community needs to be aware and alert at all times.

The family is requesting help to anyone who can assist by donating household’s essentials.