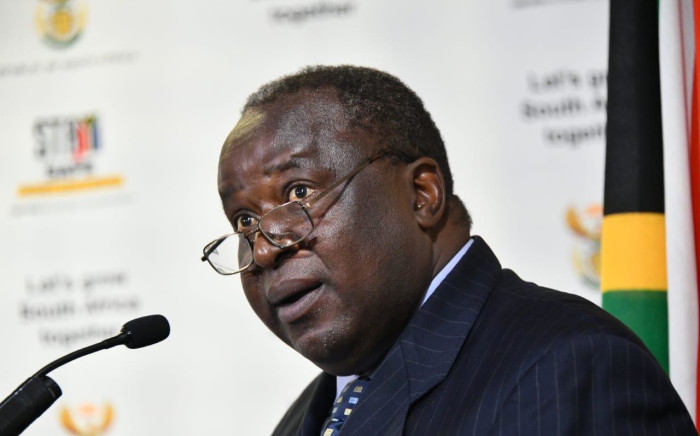 The South African government has reassured the international business community that the country is working on stabilising its power supply and fiscal management.
Addressing reporters on the sidelines of the 2020 World Economic Forum (WEF) in Davos, Switzerland, Finance Minister Tito Mboweni highlighted some of the issues raised by business leaders during the four-day gathering.
Mboweni was accompanied by International Relations and Cooperation Minister Naledi Pandor and Trade and Industry Minister Ebrahim Patel. Mboweni and Pandor on Monday also represented South Africa at the UK-Africa Investment Summit in London.
The SA delegation was tasked by President Cyril Ramaphosa with the responsibility of participating in various discussions.
He said the delegation listened carefully to what business leaders think about the country.
“We have benefitted intellectually from the engagements, which we all found to be important.”
Mboweni described the conversations and bilaterals with the business community as having been fruitful for government and local businesses that attended the forum.
Key issues raised during the engagement were around Eskom, the Minister said.
“The concerns are around Eskom and its ability to supply power. We indicated that the issue is being addressed [and] that we now have a new CEO,” said Mboweni, even though the issues will not be resolved immediately.
“We also indicated that we have developed a multi-pronged approached in the generation of energy,” the Minister said.
The country’s fiscal sustainably and measures of managing debt and infrastructure were also raised.
During WEF, Mboweni also met with the Swiss Finance Minister, where South Africa and Switzerland recommitted to holding ongoing bilateral engagements.
Pandor said she had observed that SA still enjoys great interest globally.
“South Africa needs to do much more tourism and [attract] a lot of business interest. We need to increase investment in tourism communication. It has a great deal to offer. A number [of people] commented on our infrastructure as being a positive to attracting business. We must improve and maintain this.”
Mboweni said Davos was a platform of exchanging ideas, debating issues, having conversations and developing relationships that might result in investment.
“If you stumble upon an investment opportunity, grab it. But if we are hoping for investments here, you’ll be greatly disappointed,” he said.
Mboweni said in his view, the number of meetings held during the week were sufficient and managed to communicate the South African message quite effectively.
“I think we brought the sharpest quality to Davos this year,” he said