By Tshwane BulletinOctober 9, 2019No Comments2 Mins Read
Facebook Twitter Pinterest LinkedIn Tumblr Email
Share
Facebook Twitter LinkedIn Pinterest Email
The Department of Employment and Labour is set to embark on a series of workshops to institute relations with local authorities and collect inputs to develop a Major Hazard Installation (MHI) technical document.
In a statement issued on Monday, the department said the workshops are to assist local authorities and the duty holder or the risk owners to comply with the MHI Regulations.
This, the department said, by identifying an entry point for MHI approvals at the local authority and defining the criteria for quantitative risk assessments and the minimal acceptable contents in the risk assessment reports.
The workshops are planned to be conducted in KwaZulu-Natal, Gauteng and the Western Cape, the provinces with a high number of MHI sites.
“At least 200 delegates are expected to attend the workshops. The technical document will be used as a framework to guide the Local Authorities across the board on how to handle and deal with MHI sites,” the department said. 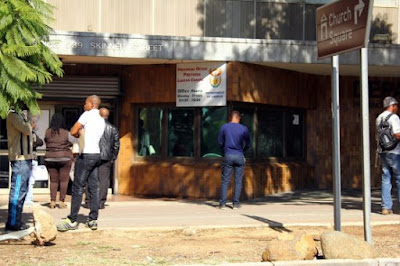 Major Hazard Installation is an industrial facility that manufactures and/or stores relatively large quantities of chemical materials, which, if they were to lose containment, would result in effects that could cause harm to personnel and members of the public near the facility.
“Effects may include major fires, explosions and release of toxic materials that disperse over a distance,” said the department.
By law, MHI Regulations are administered by the Department of Employment Labour.
“Every employer, self-employed person and user shall notify the chief inspector, provincial director and relevant local government in writing of the erection of any installation that will be a major hazard installation, prior to commencement of erection thereof; and the conversion of any existing installation into a major hazard installation, prior to such conversion,” the department said.
Dates for the workshops:
Share. Facebook Twitter Pinterest LinkedIn Tumblr Email
Previous ArticleSA commits to protecting immigrants
Next Article Creating an energy plan for Eskom is critical: Mabuza