SASOL-sponsored Banyana Banyana will play Netherlands in the historic Winnie Madikizela–Mandela Inauguration Challenge at the Cape Town Stadium on 19 January 2019.
SAFA announced at their elective congress earlier this year that they will introduce the Winnie Madikizela–Mandela Challenge, an annual football match involving the Women’s Senior National team in honour of one of the country’s most recognisable struggle icons.
SAFA President who is in France to witness the FIFA 2019 Women’s World Cup draw said introducing the Winnie Madikizela Mandela-Challenge was one way football planned to remember this iconic figure who helped shape the country’s new dispensation.
“Winnie Mandela is unquestionably one of the most outstanding heroes of this country and her sacrifices and dedication to an equal society are unmatched and therefore, as SAFA we saw it fit to remember her devotion to what she did for a new South Africa with an annual football challenge,” said Dr Jordaan.
“The match against Netherlands in Cape Town marks the beginning of such annual commemorations. We expect football fans to come and witness what should be a great football spectacle  featuring our swashbuckling Banyana Banyana against Netherlands,” he said.
Banyana Banyana will play in next year’s FIFA Women’s World Cup France 2019, after finishing runners up at the recently concluded AWCON tournament in Ghana.
The draw for France’19 took place on Saturday.
SAFA acting CEO, Russell Paul said a press conference to disclose more details regarding the Winnie Madikizela – Mandela  Inaugural Challenge will take place during early January in Cape Town. 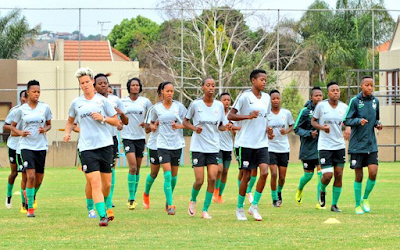