Security officers to get salary increase 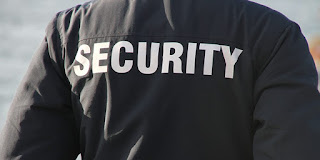 The long-awaited new private security prescribed minimum wages will kick-in on 01 October 2018, the Department of Labour announced on Monday.

The current prescribed minimum wages in the sector expired on 31 August 2018, with the new sectoral determination supposed to start on 01 September 2018. However, this was delayed due to a pending collective agreement.
Although the sector recently registered at the Bargaining Council, they have not concluded a collective agreement, the department said, adding that the current sectoral determination will still be enforced.
According to the department, the current minimum wage increases for all other categories (e.g. Clerical staff, artisans, control centre operators, drivers, general workers etc.) of employees including Grade A and B security officers, have been determined by utilizing the consumer price index (CPI) plus 1% as stated in the Sectoral Determination which totals to 6.4%.
Grade C, D and E is predetermined rates as per Private Security Sectoral Determination published in the Government Gazette no: 39156 dated 1 September 2015 which was signed as part of the three-year minimum wage determination.
The new minimum wage for security officers in Area A which constitutes major metropolitan areas will be R5 209 (2016: R4 896), Grade B is R4 668 (2016: R4 387 and Grade C is R4 102 (2016: R3 797) and D and E is R4 102 (2016: R3 792).
While the new minimum wage for security officers in Area 2 (all other areas) for Grade A will be R4 323, Grade B is R3 934 and Grade C, D and E is R3 414.
Area A includes major metropolitan areas such as: Alberton, Bellville, Benoni, Boksburg, Bloemfontein, Brakpan, Camperdown, Chatsworth, Durban, East London, Germiston, Goodwood, Inanda, Johannesburg, Kempton Park, Kimberley, Klerksdorp, Kuils River, Mitchell’s Plain, Nigel, Oberholzer, Paarl, Pietermaritzburg, Pinetown, Port Elizabeth, Pretoria, Randburg, Randfontein, Roodepoort, Sasolburg, Simon’s Town, Somerset West, Springs, Stellenbosch, Strand, The Cape, Uitenhage, Vanderbijlpark, Vereeniging, Westonaria, Wonderboom, and Wynberg.
The announcement was made at the end of the Private Security public hearing held in Kimberley, Northern Cape which is reviewing the current prescribed minimum wages and conditions of employment for the Private Security Sector.
Labour Deputy Director for Employment Standards, Shaun Feldman, told the hearing that workers and employers in the industry need to make their inputs before the promulgation of the new sectoral determination.
Feldman cautioned that the current review comes on the back of tough economic conditions amidst a recession.
He said the Bargaining Forum had proposed a 6.7% increase in the new minimum wage determination.
The Private Security Sectoral determination applies to every employer and employee in the sector including car guards.
Private Security Sector includes employers and employees associated for the purpose of guarding or protecting: fixed property, premises, goods, persons or employees, in including monitoring and responding to alarms at premises which are guarded by electronic means.
The rates are determined by areas where duty is performed.
Workers in the Private Security are demanding a minimum wage of R7 500.
The workers are threatening a strike if their wish is not granted.
According to the department, some of the matters raised by workers in the Private Sector were: continued payment of “pittance wages”, non-existence of Provident Fund benefits, the insourcing of security services and elimination of middleman, employment of illegal foreigners.
Feldman cautioned against demanding of excessive wages, saying this could have a devastating effect on jobs.
The workers also called for amendments of conditions of employment, demanding an increase in leave days, an end to intimidation of workers wanting to join trade unions, adherence to health and safety issues, and a review of night shift allowance.
The department started with its public hearings on 10 September in Rustenburg, Polokwane and Pretoria.
This was followed by hearings on 12 September in Durban and Cape Town. On 14 September consultation hearings were held in Nelspruit, Bloemfontein and East London.

Police constable kills wife, turns the weapon on himself